(Personally, I think we'll see much more than twice that in 2021, but I'll get to that in a second.)

We haven't just gotten lucky – we're watching the big institutional investors and corporations who've pumped the lion's share of $17 billion into Bitcoin and other microcurrencies over the past few months.

Companies like PayPal Holdings Inc. (NASDAQ: PYPL) have embraced and invested in Bitcoin to bring crypto products to their customers. Hedge funds up and down Wall Street have quietly piled in, too. Companies like Grayscale, which manages the Grayscale Bitcoin Trust ETF (NYSEArca: BTC), have had a string of record-breaking months of inflows, thanks to Bitcoin, Ethereum, and Litecoin.

All this love from just about every corner of the market has helped build a critical mass for Bitcoin's acceptance and, even more importantly for crypto investors, it's put a solid, steadily rising "floor" underneath Bitcoin's price on its way to my one-year, $100,000 price target.

Whatever your personal take on Elon Musk is, whether he's just your style or not your cup of tea, there's no disputing the guy's ability to move markets up or down with a couple of keystrokes.

RELATED: Investors are feeling the pain of Bitcoin "FOMO" right now as Bitcoin soars past $43,000. There's still time to act, but as this forecast chart shows, in a very short period of time, it could be too late…

Sometimes that lands him in hot water. Other times, like now, he's got great news for investors. We should absolutely be paying attention to what he's saying and what he's doing…

Take one of Tesla's red-hot electric vehicles (EVs), for instance. As of this writing, you can get behind the wheel of a nicely loaded Tesla Model S sedan for about 3.3 Bitcoins. Whenever a company announces it'll transact business in Bitcoin, it's great for the long term. 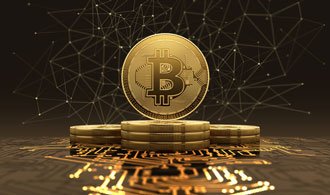 That would have been big, market-moving news itself, but it gets even better.

Musk also revealed that Tesla is parting with just a significant chunk of its estimated $20 billion cash and equivalents to buy up to $1.5 billion worth of Bitcoin.

To put that in perspective, that's around 5% of Tesla's available cash in Bitcoin.

I'm really excited about this one, folks.

See, other companies, like Square Inc. (NYSE: SQ) have invested in Bitcoin before – they may even offer Bitcoin or crypto services to their customers – but this is the very first time in history that an S&P 500 company has bought exposure to Bitcoin in any amount, let alone $1.5 billion.

Tesla's sheer size means it accounts for around 2% of the S&P 500 by weight, which gives Tesla's Bitcoin holdings an even bigger impact on the index. It sends a powerful signal that Bitcoin is here to stay as an asset class.

THE REVOLUTION'S HERE: The past few weeks have seen hedge funds running scared, losing billions to a group of regular investors. It could have something to do with the "Super Squeeze" trade…

There's really no going back from here. Like blockchain innovator Dermot O'Riordan said in a recent Business Insider interview, "This moment will likely be looked upon in years to come as a genuine tipping point" – just the latest in a whole string of tipping points we've seen and profited on over the past six months.

As I've said before, I have a Bitcoin price target of $100,000 by the end of this year, and that's starting to look a little on the conservative side.

The bottom line is this: I don't think it's too late to buy, but the train is definitely leaving the station. I'd buy now and more on any dip, but I'm not sure we'll get one anytime soon. Bitcoin has strong support at around $38,500 right now.

Bitcoin's latest moves have been nothing less than impressive, but there's a small class of little-known cryptos that have been known to move even more nearly every time Bitcoin goes up – 142% in 12 days… 330% in 82 days… 273% in 14 days. One rocketed 1,900% higher in just 62 days. Details on this chart…