Marijuana stocks have more than doubled since the election this new rally is just getting started.

The changes at the top in Washington, D.C., have greatly increased the chances of a more favorable regulatory environment for cannabis investing in the United States. U.S. President Joe Biden and several leading Democrats made it clear during the campaign that they favored federal legalization. 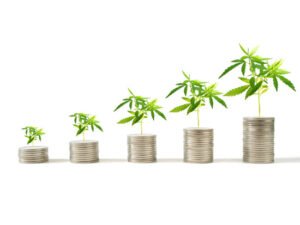 While the coronavirus has assumed front and center of the political stage for now, most industry observers think we could see a cannabis bill make its way through Congress this year.

Senate Majority Leader Chuck Schumer, Senator Cory Booker, and the chair of the powerful Senate Finance Committee, Ron Wyden, have said they plan to put forward a cannabis bill early this year. The proposed legislation would remove marijuana’s “Schedule 1” designation, which treats it similarly to powerful, addictive drugs like heroin.

Removing that designation would free up marijuana companies operating in states that have legalized cannabis to use the banking system, including financing, and could potentially encourage other states to move forward with legalization.

It could also open up opportunities for multi-state operators (MSOs) in the cannabis industry to leverage their multi-state strength and expand.

That also has investors eager to jump into this market. After all, it’s still very early in the industry’s growth. Cannabis sales in the United States were more than $13 billion last year. That’s with recreational use legal in just 15 states and medical marijuana allowed in only 39 states. More than half of the states are still left to fully legalize marijuana, giving investors who own the right marijuana stocks now first-mover advantage.

Plenty of the biggest investors are taking note. The shareholder lists of leading cannabis companies today include names like Vanguard, Morgan Stanley (NYSE: MS), Bank of America Corp. (NYSE: BAC), and Goldman Sachs Group Inc. (NYSE: GS). As more institutions begin to look at the opportunity to get in before revenue in the cannabis industry explodes higher, their buying power can help drive enormous gains for cannabis investors and traders.

We don’t want you to miss out on a cent of potential profits. With marijuana stocks rallying again, here’s how to separate the hyped-up busts from the real winners…

Trulieve Cannabis Corp. (OTC: TCNNF) dominates the cannabis market in Florida with over a 50% market share. That makes sense when you consider that Trulieve was founded by a group of Florida nursery owners who knew how to grow cannabis and also had strong political connections in their home state.

They then went out and found a business-savvy CEO in Kim Rivers to run the corporate side of the business. Under her leadership, Trulieve is expanding in some of the biggest cannabis states like California, Connecticut, Massachusetts, and Pennsylvania.

In addition to the opportunities presented by expanding into other states, Trulieve still has explosive growth potential in its home market of Florida. It has 73 dispensaries in Florida. Each location averages over $9 million in sales. Same-store sales growth is projected to be 19% this year. In the third quarter of 2020, Trulieve reported that it had a 79% retention rate. Each of those customers was spending over $3,000 a year on Trulieve products.

That’s with just medical marijuana legal in the state. Imagine how much faster this company will grow with legalized recreational cannabis in Florida and its expansion markets.

Curaleaf Holdings Inc. (OTC: CURLF) is the largest U.S. cannabis company. The Massachusetts-based company has operations in 23 states so far. Its operations include 96 retail dispensaries, 23 cultivation sites, and 30 processing plants. It is also a seed-to-store operation that owns the infrastructure to produce and sell several forms of cannabis products.

Curaleaf has been growing organically as more states move to legalize medial and recreational cannabis usage. It has also been making smart acquisitions that grow the footprint of the company and increase its cultivation and processing capabilities.

Since its IPO back in 2018, Curaleaf has made 14 acquisitions. These acquisitions added more than 70 dispensaries, over 10 cultivation sites, and 20 processing locations to its asset base.

The combination of organic growth and M&A has made Curaleaf the market share leader in several of its markets. These include huge markets like Connecticut, Massachusetts, New York, New Jersey, and Pennsylvania. That’s millions of potential customers, leaving Curaleaf plenty of room to expand in these core markets.

In all of the markets that Curaleaf currently operates, there is a potential market of over 190 million people. That’s a massive opportunity as cannabis becomes a more mainstream product in the United States.

CEO Joseph Lusardi is clearly a big believer in the massive potential for Curaleaf shares. In December, he exercised options to purchase a little over 900,000 shares of the company, taking his total options exercised in 2020 equal to about 3.5 million shares.

The company has made some smart deals to grow the business. Last August, it closed on a deal to buy a Pennsylvania-based grower/processor. This added a 90,000 square-foot cultivation and processing facility to its footprint in the state.

Pennsylvania legalized medical marijuana two years ago, and that business is still growing. With a population of more than 12 million, there is plenty of room for new dispensaries.

Now add in the likelihood of recreational legalization, and that well-located growing and processing operation could drive massive growth for Jushi Holdings.

The growth focus will be on Pennsylvania and Virginia this year. The plans call for five new Virginia locations and eight in Pennsylvania.

Cannabis could have a blast-off year thanks to the relaxation of federal regulation and the inflow of institutional money.

When it comes to the 2021 stock market, politics won’t matter, and neither will the COVID-19 pandemic.