By now, almost every investor knows the name Cathie Wood. She runs ARK Funds, the largest actively traded ETF, and her trades have almost reached cult status as billions flow into her funds. They recently reached the $50 billion milestone. 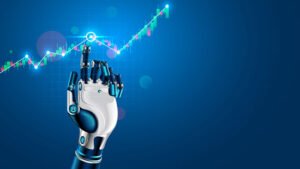 In South Korea, retail investors have even given her the nickname "Money Tree." Her funds have gotten so large that in many cases, she owns more than 10% of a company's outstanding shares, an impressive feat for even the biggest fund managers.

And the fact that many of her funds are up over 200% since the lows in March of 2020, easily outpacing the broader markets, hasn't hurt either.

That's why the latest tech selloff is a great opportunity for investors. You can buy into Cathie Wood's and Ark Funds top stocks for a nice discount. After all, Cathie Wood herself is taking advantage of the price action to load up.

For example, ARK recently added almost 12,000 more shares of Tesla Inc. (NASDAQ: TSLA), or roughly $8 million worth of the company. This just shows the conviction ARK has with Tesla being 6.61% of total holdings.

To help our readers find out which stocks Cathie Wood is buying that deserve a spot in your portfolio, we've put together a list of our three favorite ARK stocks you can own at a discount...

Square just reported a great quarter with revenue up 141% and Cash App gross profit up 162% year over year. Even with those numbers, the stock still fell 7%.

This was in response to the $50 million investment that Square made into Bitcoin and on its earnings call it announced that it now has purchased $170 million in Bitcoin, which now represents about 5% of its total cash.

With her funds owning a little more than 2% of the company, she already has a vested interest in Bitcoin and recently tweeted out, "Square business model illustrates that vertical integration can create moats, or barriers to entry, and deliver superior financial results."

With the stock dipping about 18% since Friday, this could be a last-chance opportunity to get into this stock before it heads back over $250 a share.

One of ARK Funds' Best Stocks

Next, we're looking at Personalis, a company where ARK owns over 15% of the stock.

It specializes in cancer genomics with its NeXT platform, which is used for individualized cancer treatments. Its platform monitors over 20,000 genes, significantly more than its competitors. This alone is a $40 billion addressable market.

It is also involved in the liquid biopsy market, which is part of the $50 billion multi-cancer screening market. Doctors need access to detailed information about the disease they are treating, and this is where liquid biopsies come into play. This solution could give unprecedented access to patient information through all stages of the disease.

Just think about the use cases.

For example, there are 100 million asymptomatic individuals that could be served with a simple blood test for the early detection of cancer. This is not nearly as easy with a traditional biopsy, and many choose to forgo this option because of cost and pain.

This technology could revolutionize the advanced screening market.

The stock is down about 37% since its all-time highs in January. But with the Personalis market cap at only $1.5 billion, if ARK starts buying more, the stock could head back up near its highs, a near 60% pop from here.

ARK is all about thematic trends, and Unity fits the bill as a real-time development platform for games, animation, film, automotive, architecture, 3D, VR, and more.

This is not just some niche platform. There are 1.5 million active creators, and over 50% of all mobile, PC, and console games are made with Unity. That equates to 3 billion app downloads per month. There is a lot of future potential here.

Unity is also focusing on the emerging AR & VR market, a market forecasted to be worth $80 billion by 2025.

After ARK sold some of its position in January, it has purchased over 1.5 million shares all after the stock dipped 15% on earnings. Now down over 30% from all-time highs, ARK may see a turnaround for this company coming soon.