There is a lot of chatter this morning about the possibility of a Reddit IPO. If you get e-mails or come across material talking about all the wonderful possibilities of an IPO, do yourself a huge favor. 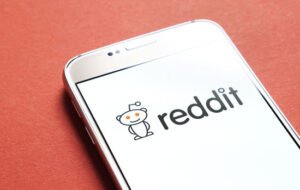 Reddit has not filed an S1 with the SEC to begin the IPO process. It hired a CFO last week for the first time ever, and that's somehow led people to speculate.

But in terms of any actual movement toward a public offering? Zip. Nada. Nothing.

To be fair, the new CFO, Drew Vollero, was the CFO that helped lead the IPO of Snap Inc. (NYSE: SNAP), so it is an indication that Reddit is thinking about an IPO. The company even said it was thinking about it.

But there is little advantage to knowing this. We can think about IPOs all day. We can meditate about IPOs until the sun goes down. We can dream about them while we sleep.

The bottom line is, despite all the mainstream media hype, there is no timeline for an IPO.

So then why are you hearing about it?

Reddit said in a press release that Mr. Vollero's focus would be on getting Reddit's finance team ready to begin the IPO process.

The company has never had a CFO before, so there will be a lot of work to be done to bring all departments up to the level where they can sit down with investment bankers without being severely embarrassed.

Reddit has gotten a lot of attention this year as its WallStreetBets community was heavily involved in the short squeeze that pushed GameStop Corp. (NYSE: GM) shares up by thousands of percent in a short period of time, so it would be timely if it was IPO ready.

That's not to say that Redditt completely failed to take advantage of the notoriety generated by the short squeeze.

It did a venture capital round of $367.9 million at a valuation of $6 billion, with VC Heavy Hitters like Sequoia and Andreessen Horowitz stepping up to inject some new capital into the company. Tencent Holdings, the Chinese internet company, also invested in this round of financing.

Does knowing this do you any good?

Do you have money invested in any of the VC funds that have injected capital into the company?

If the answer is no, knowing this does you no good whatsoever.

That said, if Reddit were to go public, here is the case for when and whether you should buy.

We admit that Reddit is a fascinating company. It bills itself as the front page of the Internet and has grown to more than 52 million daily active users.

You can find a Reddit community or subreddit for just about any topic or interest under the sun. There is everything from the profane to fascinating, to the new CFO's favorite group, r/dadjokes.

Like most social media groups, Reddit makes its money from advertising. The company has an advantage as the sheer number of communities makes very targeted advertising possible.

Want to advertise for gaming enthusiasts?

There are groups for that.

There are lots of groups for that.

Are you selling a product that would appeal to people who like to knit?

There is a community that has over 360,000 users that would be a great place to advertise.

That's impressive, but remember that the valuation for the fundraising round just completed was $6 billion. The IPO value will be a multiple of that number.

There will be a lot of hopes and dreams built into the eventual IPO price of Reddit.

At the price the venture capital folks paid, Reddit is valued at 30 times revenue. That's getting into 1999 Internet bubble levels.

There are no profits as Reddit is correctly focusing on growing its user base, increasing the number of communities. Focusing on these blocking and tackling portions of the business will help the company continue to grow revenue at a high rate.

It means nothing to us. We do not own any.

We can get interested in a Reddit IPO when an S1 is filed. We have hard data and numbers to evaluate the business and its prospects.

Keep in mind that, unless you have a child, close relative, or old college friend that works for a high-powered brokerage firm or have a large account generating massive commissions at a leading brokerage firm, you probably will not be able to buy IPO shares.

Whenever an S1 is filed, it can help us figure what price we would be willing to pay after the stock starts trading.

Until then, don't spend another minute of your day thinking about a Reddit IPO. It is not happening anytime soon.