The FDA's Schedule I label on cannabis is the single biggest barrier holding medical marijuana stocks back. That barrier could be coming down soon, and you'll want to own shares of GW Pharmaceuticals Plc. (NASDAQ: GWPH) when it does. 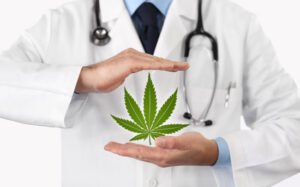 We're talking about giving the FDA a starting point for physicians to openly discuss the health factors of the plant with patients. Medical companies could use marijuana in drug development and trials. Marijuana's medical value could go mainstream.

Lo and behold - a bill is moving through the U.S. Senate to do just this.

Here's why this bill could be the biggest breakthrough for medical marijuana stocks we've ever seen...

This Law Could Make Marijuana "Normal"

The Cannabidiol and Marijuana Research Expansion Act has been reintroduced in the Senate now that a new majority is in power. The bill aims to make it easier for researchers to study the plant and for the FDA to harness its full medicinal potential.

The ultimate goal is to ensure CBD and other marijuana-derived products are regulated and based on sound science.

The bill is key for enabling doctors and researchers to openly discuss the risks and benefits and marijuana. The substance will receive formal recognition from the U.S. Department of Health and Human Services (HHS) and other agencies that will have to report on its benefits and obstacles to its research.

Medical marijuana is currently legal in 46 states, but it's not yet federally recognized. The trouble is that if you're in one of these states and want to create a drug that includes marijuana, your hands are tied.

If you want to research marijuana as a treatment for a disease, you can't. All of that would have to go through the FDA, which considers marijuana illegal.

This bill would be the last nudge the cannabis market needs to begin innovating at unprecedented levels.

Much of this innovation will come from biotech companies waiting for the green light.

Don Yocham, Executive Director of the National Institute for Cannabis Investors, says these biotechs are a secret marijuana gold mine developing a "galaxy of beneficial compounds found inside cannabis."

These are companies that are too well-established to dive headfirst into the taboo, but they have everything in place to make a killing when marijuana is accepted in the mainstream.

But there's one medical marijuana stock you'll want to own before this law changes...

Why GW Pharmaceuticals Is Set to Pop

GW Pharmaceuticals is a cannabis pharma veteran founded in 1990. It was the first company licensed by the UK government to grow and distribute marijuana products.

Right now, GW is working on getting full FDA approval for two drugs, Sativex and Epidiolex. The former is an oral spray that can treat multiple sclerosis, and the latter treats epilepsy.

Epidiolex is currently the only FDA-approved drug containing a cannabis derivative. Sativex could become the second as soon as mid-2021, though it's available in more than 20 other countries.

Epidiolex and Sativex sales helped the firm rake in nearly $526 million in revenue in 2020. One hundred and twenty-nine million dollars came in from Epidiolex sales in the United States, and it's reasonable to expect a just as good or better performance should Sativex gain approval here.

A third cannabis-derived treatment from GW is currently in the placebo trial stage. This is a novel schizophrenia treatment.

The company is also formulating a CBD treatment for schizophrenia. It's in the placebo trial stage.

GW's three decades of studying marijuana give it a significant leg up against other biotech and cannabis firms. The only thing holding it back is the FDA.

The drugs Sativex and Epidiolex are merely cannabis derivatives, and it has still been a struggle getting them through.

However, the Cannabidiol and Marijuana Research and Expansion Act will enable GW to dive headfirst into the market and launch way ahead of its peers.

Meanwhile, it currently has the treatments to sustain revenue before then.

Since GW has clearly blazed a path forward for medical cannabis, it's being acquired by Ireland's Jazz Pharmaceuticals Plc. (NASDAQ: JAZZ) for a hefty $7.2 billion.

Don Yocham, Director of Cannabis Investing Research at Money Morning, says there are "still a few months left to pick up GWPH shares and reap some upside before Jazz snaps up all the stock." GW holders will then get paid or be given JAZZ shares.

You can still pick up shares of GW today for $214. Investors have been piling in ahead of the acquisition. If you get in now, your shares will simply turn into JAZZ shares eventually.

The stock has seen 151% growth in the last 12 months. But with so much of the international market yet to be addressed, it's still only the beginning for GW.