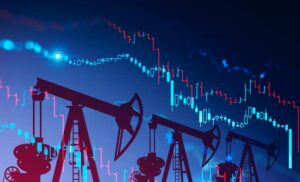 So, now that we're hearing increasing chatter - including from several big banks - about another supercycle, coupled with signs of a big, powerful expansion of the economy... well, it's got my attention.

And if you've been through a supercycle or two before, stick with me; I'm going to walk you through everything, make my predictions, and best of all, name some stocks to buy and trade to cash in on what's coming around the corner...

90 MINUTES: In the time it takes to watch a movie, you could be setting yourself up to add thousands to your portfolio. Here's how...

Back then, if you'd tried to tell people that by April 2021, we'd have a handful of effective vaccines already in hundreds of millions of arms, with crude oil trading in the mid-$60s, the S&P 500 this close to 4,000, and a GDP print well north of 6% expected this year, you'd be laughed out of the room - not that anyone felt much like laughing.

The truth is, the economy, commodities - especially oil - cyclicals, and so forth, have all been showing signs of strong recovery since around the third quarter of 2020, give or take. And lately, with so much capital rotating out of the pandemic stocks and into recovery stocks and commodities, at a time when big social and technological changes, like electric vehicles, for one, are reshaping the economy, it's easy to think that we're on the cusp of something massive.

With all that said, there's a bucket of cold water out there - a big one: The International Energy Agency. It's announced, contrary to what the banks, analysts, and talking heads have said, it's not expecting a classic supercycle. In fact, the IEA has said it's not even expecting an "extended period on which prices rise well above the long-term trend."

With some help from my S.C.A.N. algorithm, banking big gains from a strong oil bull could be a piece of cake...