In addition to 46% of the stock of AerCap, GE walks away with $24 billion in cash and about $1 billion in debt securities from AerCap.

The cash infusion is pushing many investors to ask whether they should buy GE stock. 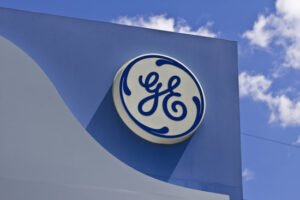 Although GE will take stock in the deal, most observers do not think it will be a long-term owner. The lock-up agreement allows it to sell some of the stock after nine months. After 15 months, GE can sell all of its AerCap shares if it wants to.

GE needs the cash to pay down debt, so it very well may.

At the end of 2020, General Electric had a little over $100 billion in debt on the book. When the airline leasing deal is complete, that number will be down to about $70 billion. The goal is to have that number down to about $45 billion by 2023.

CEO Larry Culp has done a fantastic job of restructuring this company since he took over in 2018. It has sold off some divisions, including biopharma, reducing its stake in Baker Hughes and completely selling out of Westinghouse Air Brake Technologies Corp. (NYSE: WAB).

The cash has been used to pay down debt aggressively.

This path to profitability could make GE stock a buy. Let's see...

In addition to saving aggressively, General Electric plans to focus on its four core business units from now on.

GE Power builds power plants powered by gas or steam as well as nuclear plants. It also provides equipment and services that can make utilities and large industrial users of energy much more efficient and cost-effective.

The electrical grid needs significant repair and rework in the United States and many other parts of the world. Building power plants and increasing the end user's energy efficiency should help grow GE's business.

GE Renewable also provides the equipment needed to get renewable power into the grid and to the end customer as efficiently as possible.

Renewable energy is going to be big. We all know that. What you might not realize is the size of GE's role in the renewable energy revolution. It's huge.

GE Aviation is the world leader in providing aircraft engines, systems, and avionics. It is estimated that about 43% of commercial aircraft taking off every day have General Electric engines. The aviation division has an installed base of approximately 40,000 engines that need servicing and parts over their life span.

It is a great business, and it has an enormous moat around it. You cannot just get up one day and decide that you will go into the jet engine business. Even if you thought you had a chance, GE has good, established relationships with aircraft manufacturers like Boeing Co. (NYSE: BA) and Airbus SE (NYSE: EADSY).

Healthcare will also continue to be a growth business for General Electric. Although it sold the biopharma business, GE is still one of the biggest companies in the market for an ultrasound machine. It is so dominant in the imaging market that most hospital systems only consider machines from either GE or Siemens.

This includes things like digital images that save doctors time and money instead of waiting for the film. Also, the Edison Artificial Intelligence platform can help practitioners improve patient outcomes. The platform can analyze data to generate clinical, operational, and financial insights.

The big question now is whether we should buy the stock.

Should You Buy GE Stock Today?

The answer is yes.

As the turnaround success of Mr. Culp became known on Wall Street, buyers began to move into the stock. GE shares more than doubled over the past six months, so it could slow down briefly.

However, its core business units all have tremendous tailwinds that could drive strong growth rates for a long time.

The continued debt paydown will also be a powerful driver of stock returns for the next few years, at least.

Buy initial stake in GE on a down day. Plan on adding more shares on big down days in the future.

Build a decent-sized position a little at a time and plan on owning it for a long time.

Some of the recent buzz surrounding GE was the announcement of a one for eight reverse stock split that will take place in May. The company is making this move to keep low-priced speculators out of the shares and create long-term owners.

It changes nothing about the value or potential of GE shares.