Vice Media, the company behind the once-edgy Vice magazine is going public. And it's doing it the way every other "cutting-edge" company seems to want to do it these days.

It's been in talks with a blank-check company called 7GC & Holdings Co. Inc. (NASDAQ: VII). 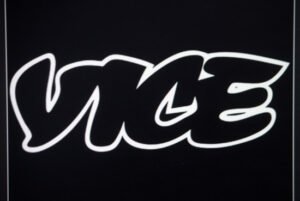 Companies choose to go public through SPACs because it's relatively quick and easy compared to the months-long IPO process.

Usually, you're letting a time-tested venture capitalist take the reins of the company, and it's just a matter of switching the SPAC's name over to the company's chosen ticker.

Whether Vice Media stock is a buy or not, however, will depend on if it can set itself apart from a flurry of digital media popping up online each day.

Vice is an American news outlet founded in 1994 with its roots in providing news to young adults.

It was once considered the benchmark for new Internet media quality, with several arms including a record label, a film production studio, and news programs on HBO.

Its stories were famous for going places no one else would, making documentaries on things like rising knife crimes in London or a man who injects himself with snake venom.

Vice Media has accumulated as many as 15 digital channels in its lifetime. So, you would think the company has access to a fair number of eyeballs, which would enable it to thrive in today's diverse digital media spheres.

However, the case is more likely the opposite.

Why Vice Stock Will Fail You

As fast as Vice became the definitive "new media" outlet, it has fizzled out. While the company has seen plenty of internal friction, its struggle to keep afloat has little to do with anything the company has done.

The problem is more with the media industry as a whole.

Companies like Vice and Buzzfeed have long depended on ad revenue to sustain their top lines. Capital investment was another main revenue stream. And when all else failed, subscriptions would have to shoulder the revenue on its own.

The problem is that most digital media outlets are not going to become profitable on subscriptions alone. They would have to depend on ads and capital investment.

Unfortunately, the ad market has been gradually monopolized by big tech. According to Group M, Alphabet Inc. (NASDAQ: GOOGL), Facebook Inc. (NASDAQ: FB), and Amazon.com Inc. (NASDAQ: AMZN) went from controlling 80% of the digital ad market to 90% since the start of 2020.

This has not been good for any young digital media brands. With ad revenue disappearing, it became a domino effect where venture capital would back out once they no longer saw future profit potential.

In spring of 2020, Vice laid off 155 people, Quartz 80 people, and Buzzfeed furloughed a good amount of its international staff.

Now, in the spring of 2021, both Vice and Buzzfeed are in line to go public via SPAC merger. This can't be a coincidence. They're desperate for revenue, as well as to be taken in a profitable direction by good leadership. They could use the publicity of an IPO, but on the cheap.

What's more, the SPAC craze has moved a ton of money into SPACs. Those SPACs eventually find something to do with that money - but that doesn't mean it's a quality investment.

Earlier, Vice was a candidate to get picked up by Group Nine, owner of Thrillist. The media company had made its own SPAC and wanted to absorb other digital publishers. 7GC is the more likely development today.

Is Vice Stock a Buy?

No, Vice stock is not a buy today. In fact, any other digital media stock that doesn't do subscriptions or offer some kind of value apart from a "cool brand" should be taken off of your "buy" list.

IPOs are already risky on their own. SPACs, moreover, are the mystery meat of IPOs.

Both have their pros and cons. But investing in either should only follow careful consideration of the risks involved.

With IPOs, you have a prospectus to draw from, and whatever other news pops up in the months between filing S-1 and going public.

With a SPAC, you don't get all that time. But the stock also isn't flailing up and down in anticipation or resentment of an IPO.

You often can't buy an IPO at pre-IPO prices - which is usually reserved for institutional investors. But you can buy the SPAC before the shares switch to the acquired company.

Sometimes, you might be able to buy the SPAC stock before anyone else finds out who it's acquiring.

Whether it's a profit opportunity would obviously depend on the company. And that's the issue with Vice.

You won't see much pop out of this struggling media stock.

They're much smaller and more affordable than Bitcoin, with up to 10x the growth potential as Dogecoin in the coming years.