Ford stock might sound like the next big play on the electric vehicle industry. Who would expect anything less from the maker of the Model-T, the first mass-produced consumer vehicle in the world?

Ford Motor Co. (NYSE: F) is now one of the leading car brands in the world, with a 14% market share in the United States. Today, its fans wait on the edges of their seats for the new line of electric vehicles on the horizon. 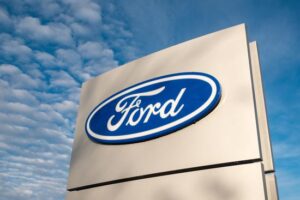 But hold your horses. Ford is not an EV stock.

Here is why Ford may have more trouble entering the EV industry than you think.

Legacy Carmakers Are Not EV Stocks

Legacy carmakers have been a looming threat for EV first-movers like Tesla.

While Tesla and friends comprise the "disruptors" seemingly firing from the hip to kick-start the EV trend, companies like Ford, Fiat-Chrysler (NYSE: FCAU), and Toyota Motor Corp. (NYSE: TM) have an opportunity to study their hits and misses from afar.

These companies are expected to be very capital-rich and able, with enough market research, to respond tit-for-tat to whatever the natal EV superstars throw at them.

So, we've been looking forward to this carmaker releasing its fully electric Mustang to compete with other upscale EV designs. Tesla's Cybertruck is prompting debates about the legendary Ford F-150 pickup.

But unfortunately, it's not as simple as "more horsepower." The road to EV market share is more treacherous than meets the eye for a legacy carmaker.

A point for Tesla is that there is significant weight to being first in an industry. Eventually, all legacy carmakers will have to catch up.

Once the tech is there and infrastructure is built around it (ample charging stations and such), people will simply expect their cars to plug in.

And it will be more difficult for legacy brands than it probably looks. The EV industry is putting "cars" in a whole different category.

The one main differentiator between Ford and Tesla is that Tesla, in fact, does not make cars.

Comparing what we call a "car" to a Tesla is like comparing a sundial to a computer.

Both of these serve the same function. Where sundials and computers both tell time, cars and Tesla EVs get you from A to B.

What separates them is how they do it and what else they do.

Tesla is a computer on wheels. It is a "connected" car that gets updated in real time based on information it is fed through always-on camera sensors. This makes for experiences like ever-improving autopilot, navigation, movies, music, and more.

So, if you're an EV company right now, your eyes are set on much more than cleaner emissions.

To begin competing with the likes of Tesla, you're better off as a software company - hence why companies like Alphabet Inc. (NASDAQ: GOOGL), Apple Inc. (NASDAQ: AAPL), and Sony Corp. (NYSE: SONY) feel empowered to design their own.

This probably wouldn't be the case if gas was the future of automotive.

Because of how fast the auto industry is moving, and picking up steam, anyone with a head-start will find it favorable. Imagine if Google were to suddenly try making a gas-powered vehicle without the help of Ford or General Motors Co. (NYSE: GM). It might get laughed at. The more time it takes for Ford to release an EV, the more difficult it will be for it to scramble and learn the nuances of future innovations.

Meanwhile, Ford does appear to be slowing down at the moment, which is not a good sign...

Ford Is Shutting Down Factories

Right now, we're in a chip shortage. And the latest news from Ford is that it's shutting down some of its plants.

This is a problem expected to spread across the auto industry, starting with a temporary shutdown of Ford's Louisville, Ky., factory, where 3,800 workers are employed. It's also ceasing production at two of its plants in Brazil, affecting up to 5,000 employees.

In all, Ford is said to have halted production at six of its North American plants due to the shortage of semiconductor chips.

GM expects to lose $2 billion in profits from this period. Likewise, Ford doesn't expect to return to its 2019 delivery numbers before 2023.

This could negatively impact the company's ability to release its EV lines on time, which would set it even further behind the current EV industry.

All of that said, here is the bottom line.

Why Ford Won't Be an EV Stock

The way it looks right now, Ford may not be able to beat Tesla at its game. Tesla controls a whopping 79% of the EV market right now.

It will probably fall as the competition rises. But being a first-mover gives you a power no one else has. You get the ability to define the technological parameters of what comes next.

All while Ford teases its future all-electric offerings, companies like Tesla and Nio are already advertising their second, third, and fourth EV waves.

EV companies, meanwhile, also have an ability to seize strategic or scarce resources - like how Tesla seeks to mine its own lithium for its batteries.

Lastly, if your branding is as good as Tesla's, it's yet another significant moat against competition. Consumers who buy into first-movers will have a harder time switching to another brand later.

At the end of the day, these are entirely different universes.

Still, that doesn't mean it's time to forget cars exist. As we're seeing from the chip shortage due to the geopolitical climate and worsened by a cargo ship getting stuck in the Suez Canal, anything can happen to threaten the forward progress of EVs.

Another example is Tesla's questionable position in China right now. American tech is under increasingly intense scrutiny by the Chinese government. Tesla was the latest victim of this, after China banned Tesla use for government employees - and only a few months after the company built a factory in Shanghai.