It took fearless activist Elliott Management to get investors interested, but DropBox stock is finally attracting some positive attention from investors.

And that puts the stock square on our buying radar. 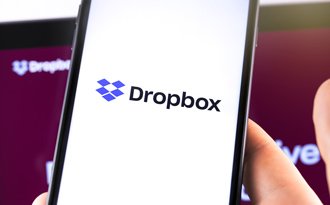 Although the 13D has not been filed with the SEC yet, there has been talk in the press that Elliott Management is now the largest outside shareholder of Dropbox Inc. (NASDAQ: DBX). That would mean his stake is more than the $838 million position owned by Blackrock Inc. (NYSE: BLK).

It is an interesting move by the hedge fund led by Paul Singer. The two largest shareholders are CEO Andrew Houston, who owns 29%, and Sequoia, the venture capital fund, which owns 13%.

That's a voting block of over 41%, so a proxy fight would probably be over before it began.

However, we are talking about a man who once seized a naval vessel owned by Argentina as part of a struggle over that nation's defaulted debt.

Taking a more than 10% stake in a cloud storage company and taking on the founder/CEO and one of the more successful Venture Capital funds in the United States is not that daunting a task after that.

So what plans do they have in store for DropBox? And does that mean now is a good time to buy DropBox stock?

We'll show you everything you need to know...

Why DropBox Hasn't Risen to the Moment

Looking at DropBox, it's easy to see what Singer and his team at Elliott see in the company. Dropbox went public back in 2018 and has traded below its IPO price for most of the time since.

DropBox offers a place for people to digitally store documents and photos. It has a product that allows people to share documents and work on them together. It also has DocSend and a program that makes digital signatures easier to use.

Business should be booming during this work-from-home era, but it's underwhelmed.

It has done a pretty good job of getting people to sign up for the free storage services it offers. It has not done such a great job at converting those people to paid users of the products.

The other problem that it has is that large competitors like Alphabet Inc. (NASDAQ: GOOGL) and Microsoft Corp. (NASDAQ: MSFT) are getting their act together when it comes to cloud storage. The problem for Dropbox is the business is a rounding error for the computing giants, and they can turn the type of cloud products that DropBox offers into commodity products.

They need to offer the services, but they don't need huge margins for them.

DropBox also has not done a great job of penetrating the enterprise markets. Business customers have a much higher value than individual accounts, and DropBox is just not gaining share in that marketplace.

Some are hoping that the recent acquisition of DocSend will be the company's ticket into the enterprise market. DocSend offers an end-to-end suite of secure, self-serve products for content collaboration, sharing, and e-signature.

We found out in the pandemic that using and transmitting documents and signatures was a much easier and more cost-effective way of doing business than jumping on a plane, spending the night in the Hyatt, and flying back late in the day.

That helped send shares of rival Docusign Inc. (NASDAQ: DOCU) skyrocketing over 200% higher since the start of 2020.

Why This Makes DropBox Stock a Good Buy

It will be interesting to see what, if anything, Elliott reveals in its 13D filing. That should be due at the SEC by the end of the week.

Given the amount of M&A activity we have seen in the space recently, I am not going to be surprised to see Elliott push for a sale of the company. Recently, private equity firms have been busy in the cloud computing space, with KKR Dubilier & Rice announcing a deal to buy Cloudera Inc. (NASDAQ: CLDR) recently.

Shares of DropBox are trading at 5.2 times sales, which sounds high until you realize that other cloud-based companies trade for several times the level of DropBox.

DropBox is valued at less than 20 times forward earnings, which is well below what other cloud-based companies are fetching today.

This will be an interesting battle between a strong founder and venture capital backers and a fearless activist with deep pockets.

The activist might call for increased buybacks on top of the $1 billion buyback plan announced earlier this year instead of a sale.

With Singer, we have learned not to be surprised by anything he does in an activist situation.

We think that whatever happens should be good for the stock price.

DropBox is an undervalued software company that is finally gaining momentum thanks to an activist filing.

This combination could work out very well for investors and traders alike.