Lordstown Motors stock was one of the hot stories of 2020 as the electric truck maker came public via a merger with a special purpose acquisition company (SPAC). It was going to revolutionize the market for electric trucks, and the future was full of battery-powered awesomeness. 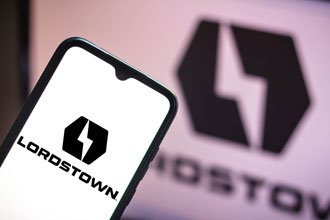 Everybody loved this company at first. It had bought an idle automobile factory from General Motors Co. (NYSE: GM) and would be the savior of Lordstown, Ohio.

Former President Trump praised Lordstown Motors and had one of its trucks parked at the White House for all to see.

Joe Burrows, the star quarterback for the Cincinnati Bengals, signed on as a company spokesperson.

The company came out of the gate talking about the enormous book of preorders it had for the Endurance commercial truck it would produce.

However, a few small problems have tanked the stock all the way back down.

Why Lordstown Motors Stock Is Down

Noted short-seller Hindenburg Research recently released a report suggesting that the preorders were phony. It also mentioned that some companies said to have placed large orders for Endurance trucks could never afford to pay for them.

Hindenburg further claimed that Lordstown did not have a workable engine yet, and the truck would not be production-ready for years. Therefore, there was no way they would be selling trucks as soon as the promised September 2021 launch date.

It seems that many if not all of Hindenburg Research's claims are true.

Last week, Lordstown filed a statement with the SEC that included the dreaded going concern clause.

In its 10Q Quarterly SEC filing, Lordstown said that "These conditions raise substantial doubt regarding our ability to continue as a going concern for a period of at least one year."

The company reported having $578 million in cash left, which was not enough to start commercial production of the Endurance line of trucks.

Now, it will pursue more financing to get the truck to market.

The cost of borrowing money or selling new equity is going to be astronomical.

Why would you want to invest in this company or lend it money?

It lied about how many cars were ordered.

It lied about when it would be able to produce cars.

The SEC filing also noted that weaknesses in its internal controls over financial reporting just might have caused material misstatements in its financial statements as well.

The lawsuits will be devastating.

Even if it can overcome all of those hurdles, it will have to compete with Ford Motor Co. (NYSE: F) and General Motors for business. These two companies have dominated the internal combustion pickup trucks market, and they will dominate the market for electric trucks.

Think of this as a purchasing manager would. His company has been buying Fords for decades. So if the Ford truck he buys is a lemon, that's Ford's fault.

If the company has problems with trucks they bought from newcomer Lordstown Motors, that's the purchasing manager's fault.

Next stop, the unemployment line.

The CEO and CFO of the company both resigned this week when the news of the going concern filing became widely known.

In the weird world of Wall Street, some think that Lordstown Motors can recover from this debacle with a new interim CEO.

We just don't see it.

It has not sold a car yet. We have no clue how many preorders it actually booked or if those customers actually had the financial wherewithal to pay for the vehicle. It is unclear just when it can actually start producing vehicles.

When Lordstown Motors does start producing trucks, it will be against competition with massive customer bases and almost complete control of the existing commercial light truck industry.

Even these prices are now below the initial $10 price of the SPAC IPO last year. It doesn't mean the stock is a bargain.

Shares of Lordstown stock today trade at a valuation of $1.5 billion. Lordstown has zero revenue and, of course, is losing money at a rapid rate.

An analyst at the brokerage firm RF Lafferty came out with a research report this week that rated the stock "Sell" with a price target of $3.

We think that may be a little high.