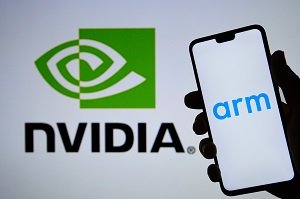 For a brief moment, it was the highest price target on Wall Street.

The very next day, Raymond James Financial Inc. (NYSE: RJF) analyst Chris Caso raised his estimate from $750 to match Bank of America at $900 a share. He also cited data center growth and noted that there are no real threats to NVIDIA’s dominance in the market for artificial intelligence chips.

As optimistic as Wall Street has been on the company, NVIDIA has still exceeded estimates for the last four quarters.

The question now becomes, "Should we buy shares of NVIDIA?" Here’s what we make of this NVIDIA stock price prediction.

These analysts are on the money when it comes to NVIDIA’s short- and long-term potential. NVIDIA stock will most likely provide a massive windfall for investors in a few years.

It leads the fastest-growing segments of the chip market. It is involved in gaming, cryptocurrency mining, artificial intelligence, autonomous cars, the connected car, and pretty much every other hot segment of the technology marketplace.

Basically, if you want to bet on the future, you need to own shares of NVIDIA.

If it requires a chip, NVIDIA is likely involved.

But NVIDA makes so much more than chips. Its visualization technology provides incredible speed for evaluating design variations to help engineers build more efficient factories in the future.

All of these factors make NVIDIA a clear play on the future and fuel the near-term analyst predictions we’re seeing today.

And the long term looks just as rosy…

Price targets will continue to be bullish in the short to intermediate term. Institutions rely heavily on Wall Street analysts to make their buying and selling decisions. A substantial increase like the ones published this week by Bank of America and Raymond James should attract institutional buying pressure that lifts the stock higher.

In the longer run, NVIDIA is in the process of trying to buy British chip manufacture ARM Ltd. from Softbank for $40 billion. ARM makes chips for markets, including processors in mobile phones, tablet computers, and chips in smart TVs. They have also recently introduced a line of Artificial Intelligence accelerator chips.

The combination of the two companies will strengthen NVIDIA's position as the market leader in chips for the fast-growing artificial intelligence market.

There has been some pushback from regulators in both the United States and the United Kingdom about the deal. But NVIDIA executives remain optimistic about closing the deal in early 2022.

Should the deal fall through for regulatory reasons, there may be a sell-off in shares of NVIDIA. If that happens, it represents a buying opportunity for investors. NVIDIA wants to buy ARM, but it doesn’t have to buy the company to grow its business.

It is quite likely the two will still negotiate a licensing arrangement or find other ways to work on artificial intelligence chips.

Should You Buy NVIDIA Stock?

NVIDIA will continue dominating the market for gaming graphic processing units. The growth going forward will be driven by data centers and artificial intelligence. We expect NVIDIA to dominate these markets with or without closing the purchase of ARM next year.

NVIDIA datacenter sales topped $2 billion for the first time last quarter, and they will just continue to grow from there.

Next year, we expect the release of the ALPS supercomputer by The Swiss National Supercomputing Centre, Hewlett Packard Enterprise Co. (NYSE: HPE), and NVIDIA. The computer is powered by NVIDIA Grace CPU and Next-Generation NVIDIA GPU. It is said to be as much as seven times faster than the current fastest computer in the world.

This level of speed will help researchers find new discoveries in fields like climate and weather, astrophysics, life sciences, and particle physics.

The ride may be bumpy from current levels. But long-term owners of the stock should make enormous amounts of money over several years.

Get the Best Stocks in America – No Sign-Up Required

So he’s showing you which stocks you should consider buying NOW and which to sell ASAP.

With his help, you’ll know how to be in the best position possible to potentially make a fortune next year.