China has been cracking down on companies with listings here in the United States sending shares plunging lower, some by more than 90% on the year.

It gets even worse too.

As China cracks down on companies with listings on American stock exchanges, American regulators are increasingly annoyed at the same firms for their lack of transparency. The showdown threatens the listings of some of the biggest China stocks. 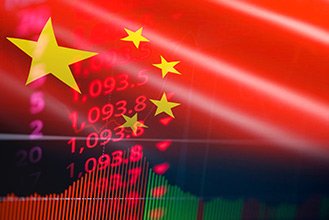 If you own Chinese stocks, you're likely wondering if it's time to sell or if this is all going to blow over.

And if you don't own any, you might be looking at this as a potential buying opportunity.

There's no secret that Chinese tech stocks like Alibaba and Tencent are some of the hottest companies on the planet, and they're trading at a generous discount.

So which is it? Should investors sell Chinese stocks, or is this the buying opportunity of a lifetime?

Why Chinese Stocks Are Down

It started with tech stocks.

Jack Ma crossed the Xi Jinping regime and had to cancel a planned IPO for his Ant Financial division's IPO, which was set to raise $37 billion last year. Then his Alibaba Group Holding Ltd. (NYSE: BABA) was hit with a record $2.8 billion antitrust fine.

Once the dust settled, China went after Didi Global Inc. (NYSE: DIDI) after its blockbuster IPO in June. That sent shares reeling from a debut of $14 to $7.71 today.

Then last week, the Chinese government ruled that Chinese firms that teach students cannot accept capital from outside China. That has sent the handful of Chinese tech education forms that trade here in the United States tumbling. TAL Education Group (NYSE: TAL) plunged 81% over the last month.

Over the weekend, it ordered Tencent Music Entertainment Group (NYSE: TME) to end exclusive music licensing deals with record labels from all over the world.

It's a bloodbath for Chinese stocks right now.

Investors in Gaotu Techedu Inc. (NYSE: GOTU) have seen their ownership of the K-12 tutoring company fall by more than 90% so far in 2021.

China is cracking down on businesses and making sure that the powers in Beijing and not the new tech stars control the flow of data and information in China. It also wants American regulators to have less, not more, information about Chinese businesses and their customers.

U.S. regulators had expressed a desire to have Chinese companies be more forthcoming if they wanted to maintain their listing on U.S. exchanges. As a result, Congress passed legislation last year that made foreign companies listed in the United States agree to an audit within the next three years or face delisting.

China wants no part of that kind of scrutiny on Chinese tech companies, many of which are suspected of using stolen technology. The State Council in Beijing has said recently that rules for overseas listings would be revised.

For years, we have said that there needs to be a crackdown on Chinese stocks, especially the tech and education companies, but we meant by U.S. regulators. Unfortunately, the books never seem to add up right for us, and there have been numerous accusations of widespread accounting fraud.

We had no idea it would be the Chinese regulators cracking down to keep data and information out of the hands of American regulatory authorities.

Now that you know what's caused Chinese stocks to plummet, here's whether this an opportunity to buy or time to sell...

Why Chinese Stocks Are a Bad Bet Right Now

Despite what TV pundits might tell you, this isn't the time to be buying.

You have precisely zero legal rights when you own these shares. Suppose the Chinese government insists on immediate delisting of the companies from U.S. exchange. In that case, in today's digital world, you won't even have a worthless stock certificate to turn into a collector's item someday.

Getting caught up in a three-way showdown between Chinese and American regulatory agencies and the Chinese-based companies that listed their stock here strikes us as an exercise in frustration.

Yes, there is a chance these stocks may bounce back, but when the greatest risk-taker investing today says the risk is not worth the reward, I think we should probably listen.

Cathie Wood at Ark Investment Management embraces risk like few ever in the history of institutional money management. She is selling Chinese stocks and warning that these stocks are down and will stay down. We suggest that you might pay attention.

We understand the desire for speculative profits, but you can find plenty of opportunities right here at home where the government does guarantee us rights as shareholders and has watchdog agencies that will fight fiercely for us if fraud or some other chicanery is committed.

You probably have a better risk/reward set up playing meme stocks that pop up on Reddit chat boards.

We have sectors of the technology and energy markets that can make you extraordinary profits over the next year.

Chinese tech and education stocks have fallen, and we don't think they can get up.

Nor do we think they are the last sector in which U.S.-listed Chinese companies will struggle.

There are simply better, less risky options out there.

Start by finding them right here...