It's rare to go a day without hearing at least one mention about Peloton Interactive Inc. (Nasdaq: PTON) or Peloton stock. The fitness company seems more like a cult than anything else at times. But Wall Street sees the company as overvalued and burned out following its own coronavirus rally of 440% in 2020.

Many investors believe that there's little profit left with the pandemic moving closer to the past. Since its $167.42 peak in January 2021, shares of Peloton dropped 23%. 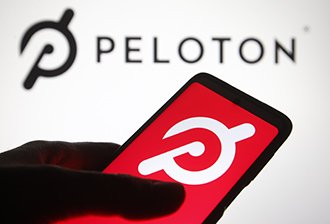 But investors selling Peloton stock now or overlooking it because physical gyms are reopening are making a mistake. This is a growth stock at the beginning of its climb. You see, Peloton is more than merely a fitness company; it's a software company too.

And with more than 5.4 million members since its inception nine years ago, the global phenomenon is looking to expand its reach by leaning onto one key feature that makes this stock a post-pandemic stalwart: It's part of the web 2.0.

The Importance of the Web 2.0

Peloton's app isn't just a video. It's a live workout that you participate and compete within. The instructors react to your input. You work out alongside other people you can engage with socially.

This creates an "optionality" - or "flexibility" - where its service is adaptable to individuals, businesses, etc.

Plus, it is expanding the app with gamification and corporate wellness in ways that physical gyms or web 1.0 companies simply can't.

In short, this means that it's not tethered to one outlet for income.

Sure, it's known for its Bike and Bike+. But it also has the Peloton Tread.

It also has its paid app; this is where Peloton really shines.

Peloton's paid app offers two different plans. Peloton Digital, its basic plan, for $12.99 per month, which offers live classes and no-equipment workouts. And the Peloton All-Access Membership for $39 per month that can be used with the Peloton Bike or Tread and offers livestream or on-demand classes, scenic rides, challenges, and real-time performance tracking.

The reason why Peloton's paid app and membership program are important has little to do with the pandemic, though it did help the company by pushing people to try on-demand workouts if they weren't comfortable with it before.

It does, however, have a lot to do with the price point. Both the Peloton Digital and the All-Access Membership are priced similarly, if not cheaper, than an actual gym membership. By offering lower prices, alongside equipment-free exercises, that's how Peloton has been able to build a following of 5.4 million members.

It's that optionality - that choice in pricing potential members have when comparing Peloton to traditional gym memberships where the average cost is roughly $37.71 a month - where Peloton's potential resides.

Let's not ignore Peloton's annual retention rate of 92% compared to 72% for the average health club. It goes to show that people are willing to pay less to work out at home. They're more likely to use and stick with the program because there is no commute and more flexibility. All-Access members, for example, averaged 26.0 monthly workouts versus 17.7 the year prior.

Peloton might make most of its revenue though bike and treadmill sales. But that $12.99 price point for the basic digital membership opens the door of possibilities, particularly once users have had a look inside.

And the number of potential paid members just got a whole lot bigger...

Last week, Peloton announced its partnership with UnitedHealthcare to provide free year-long access to Peloton classes. Shares of the company's stock jumped from $110.54 to $126.35 following the announcement.

While the financials of the partnership were not disclosed, the agreement adds roughly 4 million UnitedHealthcare members to the 1.67 million subscribers Peloton currently has.

On Sept. 1, those 4 million members will have access to the digital fitness membership. That grows its base by three times the amount of current members. And this isn't the first time Peloton has offered this program. The online furniture retailer Wayfair, Samsung, software company SAP, and consulting firm Accenture were all among the first.

Out of those companies, Peloton surveyed members after three months to see how the partnership was working out for them:

With such promising early results, it seems that Peloton's program is likely to get picked up by other companies it offers it to as well. It's more accessible for the employees and likely cheaper for the company considering average gym membership prices.

A large portion of those 4 million added members are likely to pay $12.99 per month to continue access for the digital membership. After all, more members mean a higher value for Peloton.

And Peloton is using its flexibility to expand even more. Not only are they targeting corporate wellness, but its takeover of Precor, manufacturer of high-end commercial gym equipment, could land it in hotels, spas, and even gyms.

The move might have cost the company $420 million, but it allows Peloton to work with Precor to further develop its physical products and puts its app front and center of potential subscribers. If people have access to a noncommittal trial to the Peloton Digital Membership and enjoy it, then they are likely to convert into full-fledged members.

And that's just one of the two announcements from last week. The other involves Peloton diving into a $90 billion industry.

Lanebreak is Peloton's experiment within the world of interactive gaming.

While it might not sound like much on the surface, Peloton stands to gain a lot from this venture. It pairs the energy and excitement of the company's live workout classes with a more immediate reward-based experience.

This move places the fitness company into the global gaming industry, which is forecasted to be worth $256.97 billion by 2025 - a growth rate of 9.17% from 2020 to 2025. That's thanks to the 2.5 billion people who play video games worldwide and the rise of e-sports throughout the pandemic. If Peloton makes a successful move into this the gaming industry, the company stands to profit from that rise in the years to come.

The gist of the game is straightforward: Members cycle to the beat of music, match their cadence and speed while avoiding obstacles by turning the resistance knob.

The catch is they compete against one another for the highest score. It's fairly simple in its design; the deeper premise of it is sure to hook those members who might not fully engage with the live workout classes.

Early test results from users testing have been "very promising." That means that more interactive games are likely to come from Peloton, potentially upping buyer interest in their bikes and treadmills by providing a more unique experience.

Peloton also recently acquired Otari, creators of a smart yoga mat that offers live yoga classes and real-time pose feedback. The company could utilize the data and feedback gathered from Lanebreak and apply it to equipment such as this. Perhaps it could even develop a fitness video game that is played with the whole body designed around balance - similar to Nintendo's Wii Fit.

All of this adds to Peloton's potential to branch out into different realms of the fitness industry down the road.

These two announcements set Peloton off in the right direction - a direction that opens the possibility for Peloton to increase its overall valuation and have shares hit the previous highs of $167.42, if not higher, in the next three years or so.

And Peloton knocked its Q3 2021 earnings estimates out of the park, more than doubling revenue by 141% to $1.26 billion, a trend likely to continue into its next quarter since the company is investing heavily into expanding its supply chain. In part, this is to remedy the issue of order wait times for Bike and Tread deliveries. This also works two-fold to increase the product output and help further drive sales.

Should the company continue down its path to global dominance, analysts have a target price of $180 per share of Peloton stock by this time next year. But I think it could go even higher over the next three.

Consider buying shares of Peloton as a long-term investment.