But our MindMed stock forecast shows this to be a conservative estimate. In fact, when we look at how psychedelics can be used to treat anxiety, depression, ADHD, and addiction, Money Morning Chief Investment Strategist Shah Gilani says the market value looks closer to $30 billion. 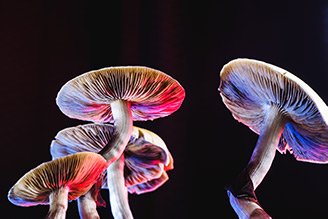 284 million people in the world suffer from anxiety. It results in an estimated $1 trillion loss of productivity. Treating it costs an annual estimated $4.7 billion.

Add in treatment for ADHD and over $9 billion is spent worldwide.

Finding alternative medicines for these conditions presents a whopping growth market for biotech stocks. And Mind Medicine Inc. (NASDAQ: MNMD) could be one of the top beneficiaries of that growth.

A variety of drugs once considered taboo are being harnessed for these purposes. For example, the U.S. Food and Drug Administration (FDA) recently completed a Phase 2 clinical study on the effects of MDMA (ecstasy) on post-traumatic stress disorder (PTSD).

According to Shah, this trend has a lot in common with the marijuana stock boom of recent years. Pot was a controversial substance that the public learned could be used for good. It took time, but sentiment shifted, and medical marijuana is legal in 36 states.

Psychedelics are the next step.

Here's what you should know about the psychedelics industry, and why we think MindMed stock is headed for the moon through 2025.

Psychedelics Research Back in Full Swing

These drugs have only received a bad rap since the 1960s, when their abuse raised them to "Schedule 1" status with the federal government. Before that, there were a couple centuries of interest and breakthrough in our understanding of psychedelics.

Only 50 academic papers were published on the topic in the 1980s. But we have since gotten over the hiccup in psychedelic research.

Today, some of the biggest medical research institutions in the world, like Johns Hopkins and New York University, are jumping back in.

They're throwing money at LSD, MDMA, psylocibin projects, and more for all kinds of mental health benefits.

Now, the interest in therapeutic psychedelic research is growing again. Seven hundred papers were published last year, and we expect to see more with time.

Sooner than later, we expect to see the FDA approve MDMA for treatment of PTSD. Following that, psilocybin will be on the table for treating a host of other psychological conditions.

According to Jennifer Mitchell, a University of California neuroscientist, psychedelics research "which hasn't happened in 50 years" is finally getting the attention it deserves. Public sentiment is shifting from suspicion to optimism in these treatments.

This is great news for Mind Medicine. Here's why...

MindMed Wants to Do It All

MindMed happens to be involved in a great swath of this research, for both categories of psychedelics - entheogens and synthetics. The former naturally occurs in plants, and the latter is produced in a lab.

Entheogens include psilocybin (mushrooms) and stuff you might draw out of a cactus (peyote). Synthetics include drugs like MDMA and LSD.

Here are some examples of the expanding research efforts that will drive psychedelic stocks...

The New York-based MindMed develops psychedelic treatments for addictions and mental illness. It currently trades around $3 per share with a $1 billion market cap.

Shah likes MindMed stock for the diversity of its psychedelic portfolio. They develop treatments using all forms of psychedelics mentioned above - psilocybin, LSD, MDMA - in addition to DMT and others.

Highlights include an LSD micro-dosing program for treating ADHD. Micro-dosing is a non-hallucinogenic way to treat a disorder with microscopic doses of a drug. This therapy is currently in Phase 2 trials.

The company also partners with University Hospital Basel to test the effects of LSD therapy on cluster headaches.

One of the even more exciting developments coming out of MindMed is an LSD-neutralizer drug. In Phase 1 trials, this aims to help patients "abort the hallucinogenic effects of LSD within 20 to 30 minutes." So, if a patient undergoes hallucinogenic therapy, they can reap the benefit without having a crazy, hours-long trip.

Finally, here's where the MindMed stock price could be headed thanks to its variety of innovative projects...

A diverse portfolio with concepts that are progressing quickly through test phases is everything you want in a stock, especially in an industry this new.

The high analyst target for MindMed is $5 on the year. That's a solid 66% return potential. But the next five, 10 years could yield significantly greater reward...

Think of it as the psychedelic equivalent of Canopy Growth Corp. (NYSE: CGC). Canopy has made 12 acquisitions in the last five years, including a $3.4 billion deal with Acreage Holdings. The company struck early and has developed a presence in several U.S. states, as well as becoming one of the foremost cannabis brands on America's mind.

The fact that Canopy hit the ground running will pay dividends for Canopy over the next decade as medical marijuana becomes more commonplace. Canopy traded for $3 on the over-the-counter exchanges just five years ago. Today, shares go for $19.47 - a 549% gain.

The good news for today's retail investor is that you don't have to wait for the stock to hit the NYSE. You can easily buy shares now with similar profit potential as the medical psychedelic market takes off.

As soon as this tiny EV stock hits the Nasdaq, it could make another historic run upward.

And the biggest returns will go to those investors who get in NOW.

Click here to decide whether you're in or out.

As a person 61 years old I think Mind Medicine has a great future.