What began as a mail-based DVD rental service evolved over the past 20 years into one of the premier streaming giants. Now the company looks to innovate and evolve once again in a move that could see Netflix stock make near 100% gains by 2023. 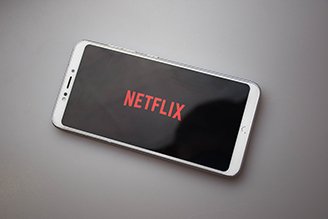 When Netflix first offered streaming of select shows and movies in 2007, the stock was priced at $3.24. By 2013, Netflix released its first true original content, "House of Cards," a show that went on to win a number of awards. Today, shares of Netflix stock are worth $522.32. That massive gain of 16,021% was spurred on by the company's willingness to innovate and evolve.

It's that very same willingness that pushes Netflix to enter into mobile gaming, a $75 billion industry.

And it doesn't look like that will slow down anytime soon. That means we could see Netflix stock reach near 100% gains by 2023. Here's how the streaming giant can grow bigger...

Analysts predict that mobile games' revenue will surpass $100 billion by 2023 - this is a huge opportunity as companies vie for a slice of the market. It sent shares of Zynga Inc. (NASDAQ: ZNGA), the company that develops, markets, and operates social games for mobile platforms, up 200% over the last five years.

With Netflix's move into mobile gaming, it would be a carried by that rising tide. The recently hired Mike Verdu will serve as Netflix's vice president of game development to help steer the company in the right direction.

Verdu was in charge of Facebook's augmented reality and virtual reality content. He also served as senior vice president of EA Mobile - a subset of EA Games. And that makes Verdu a particularly well-suited choice for the role. He brings necessary experience to best capitalize on the momentum.

And the streaming giant is in a unique position to succeed.

Netflix Has the Numbers

Netflix has roughly 207.64 million paying subscribers who, at the end of the day, want to be entertained. That makes them an absolute powerhouse within the gaming industry based on numbers alone.

The other benefit is that Netflix isn't requiring subscribers to purchase additional equipment to play their game - unlike Amazon's Luna and Google's Stadia, both of which require a controller to play.

It will all be built into Netflix's app, which was the 10th-most downloaded app in the world in 2020, with 223 million downloads. And it was the only one in the top 10 that doesn't provide a free service.

Since the games come with the regular subscription, subscribers who come for shows and movies are sure to try out the games as well.

Even if the games are only available on mobile devices, Netflix is still in a good position to compete.

Out of its 207.64 million subscribers, about 30% signed up for the app through their smartphones. Even though that's only a signup, it shows there are at least 62.3 million subscribers that will have immediate access to any mobile-only games that Netflix develops.

That's still a relatively strong number when compared to other platforms like Google Stadia, which only has 2 million users.

Those 62.3 million subscribers are just the ones who've signed up for Netflix through a smartphone. With 3.8 billion smartphone users in the world, it's a safe bet to say that most of Netflix's current subscribers will be able to access their game platform, even if it is mobile-only.

And Netflix's move into the gaming industry doesn't have to stop at mobile gaming. The streaming giant has the technology available to push the envelope forward and offer unique experiences for viewers.

In fact, the streaming giant has already experimented with interactive experiences - most notably with the release of "Black Mirror: Bandersnatch" at the end of 2018.

Without going too far down the rabbit hole - because that's what Netflix designed the movie to be - "Bandersnatch" is an interactive, "choose your own adventure" movie. While the concept of an interactive show or movie isn't new, it's the first big success in the genre for Netflix. That success paves the way for more potential revenue pathways for the company and lends itself to be a more natural extension of the current streaming business.

Another added bonus of the interactive movie genre is that it encourages viewers to more directly engage with the content. The longer subscribers engage with the media, the more data Netflix can gather about user participation. In turn, Netflix can better tailor its offerings to what users want.

And while it may seem strange to consider interactive movies when talking about Netflix's foray into gaming, there is some crossover between the two.

"Bandersnatch" managed to win a number of awards, including the Nebula Award for Game Writing.

If Netflix is able to create award-winning unique and original intellectual property (IP) when it comes to interactive movies, what's stopping it from doing the same for full-on game development?

Greg Peters, Chief Product Officer for Netflix, said that the company doesn't have to worry about in-app purchases or advertising. And this makes the company that much more attractive to game developers.

Peters went on to comment about how many game developers really like that idea of being able to put all their creative energy into great gameplay instead of making money. Without having to worry about monetization, game developers are able to focus on creating compelling games.

This bodes well for Netflix. Without games that have to rely on "loot boxes," a reward system many popular games use that nudges users to spend real money, the streaming giant doesn't have to worry about its games being targeted by governments. Loot boxes have been targeted for introducing gambling mechanics to younger gamers, which can be seen as a predatory practice.

In turn, Netflix wouldn't feel any loss should the government restrict or outright ban these kinds of gambling mechanics within games. In a study by Juniper Research, an analyst house specializing in digital technology market research and trends, estimated that loot boxes generated $15 billion in 2020.

Game developers enticed to join have the chance create games where they can focus on gameplay and storytelling: That's a huge win for Netflix. The company could also have the tools to take its interactive experiences even further with deeper decision-based systems that work cross-platform, syncing up with their games.

And the fact that they have growing bench of content to pull from gives game developers a good place to start.

The Potential of Netflix's Intellectual Property

For decades, Hollywood has turned videos into movies, or movies into video games - all to varying degrees of success. Some of the more recent video-games-to-movies, and vice versa, are "Mad Max," "Sonic the Hedgehog," and "Tomb Raider."

But Netflix has an advantage when it comes to IP: The company can easily turn its hit shows into games since it has almost complete oversight of each project.

That means that mobile games can be themed after the show. Or Netflix could build a complete game around the show - like a "Stranger Things" game that allows users to try their hand at surviving in the "upside-down" while uncovering secrets about the show.

Netflix could also launch an original mobile game that becomes a hit and build the narrative in a way so those characters in the game become part of a show or movie. This is something that Netflix is already doing when it comes to "The Witcher." Though it was originally a book series written by Polish author Andrzej Sapkowski before a smash-hit role playing game for consoles and PC, Netflix took note of the franchise's success and adapted it to a television series on its platform. So, it's not too farfetched to imagine Netflix developing a successful game and then turning it into a television series as a sort of companion to the game.

Peters mentioned there will be games that extend Netflix's IP. For the company, it's fertile ground waiting to be developed and "very much part of [its] long-term thesis." Outside of building extensions and bridges between existing IP, Netflix has verified that it's planning to develop standalone games as well.

Again, all of this is meant to compliment the streaming service rather than diverge from it. The synthesis between interactive media is powerful. And it becomes even more so for a platform like Netflix that has so many paying subscribers.

The move into the gaming industry is a gamble for the streaming giant. But it's a well-calculated gamble, where the odds are in its favor.

Netflix's history of innovation and forward-thinking allows for the company to transition more seamlessly into the industry. And its current positioning will capitalize on the rising tide of growth of the mobile gaming sector.

And we agree with them. Netflix's gambit is a particularly fruitful one that could nearly double shares of Netflix stock.

We recommend buying shares of Netflix Inc. (NASDAQ: NFLX) any way you can get them. That includes fractional shares (check out our "Fractional Shares Starter Portfolio" right here).