Day trading penny stocks skyrocketed in the last few years, thanks to a low barrier to entry and the possibility to turn small sums into large gains. It's easier for a stock to go from $0.05 to $1.50 than from $15 to $50.

Basically, finding the best penny stocks to buy could bank you double or triple your investment. But you need to know where to look and how to play them. 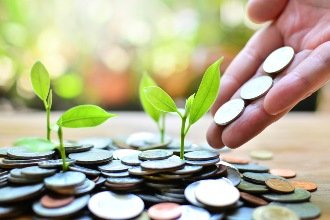 Penny stocks are highly volatile. If you just throw money out hoping for some quick returns, anything can happen. It's important to be strategic. So, to get you going, our Money Morning's Quantitative Specialist, Chris Johnson, has a strong penny stock play for you.

Now, last month Chris wrote an article recommending a few penny stocks. Within a week, they hit the gains he expected. If you were on board then, you probably did pretty well and want more. And if you missed out, you probably want a second chance.

We've got that for you.

Chris recommended two of his favorite penny stocks in an article a few weeks ago. Within a week, one already fulfilled his prediction. And if you were following along, they fulfilled your wallets too.

His first recommendation was the Canadian private jet manufacturer Bombardier Inc. (OTDMKTS: BDRBF). Chris suggested buying shares at $1.14 and targeting a move to $1.40.

Within a week of the article, BDRBF shot up to $1.37 and has been hovering around there since.

In another article the same week, Chris recommended Virginia-based tech company DarkPulse Inc. (OTCMKTS: DPLS), from which he expected to rally with 70% returns - and it did.

So, why am I telling you what has already happened?

It's not because you missed out; it's because I don't want you to miss out again!

We've all done it as investors. We read an expert's advice but don't pull the trigger for whatever reason. Then, we're stuck watching as that stock shoots up and we get FOMO (fear of missing out), because at that point, it's too late to join the party.

Let's avoid that feeling and take a look at a couple more of Chris's penny stock recommendations.

This company's intellectual property includes Support Vector Machines (SVM), which are algorithms, and biomarkers that are biological indicators or genetic expression. It has developed biomarkers by applying its SVM techniques to genetic data.

The Support Vector Machine is established as a leading approach to pattern recognition and replacing neural networks and other methodologies in a variety of fields from engineering, information retrieval, and bioinformatics.

Health Discovery's uncanny ability to discover hidden relationships in datasets have been used in multiple applications including image analysis, text and image classification, handwriting and speech recognition, fingerprint identification, face recognition, fraud detection, medical diagnosis, traffic variables in transportation systems - and believe it or not, the list goes on...

Its versatility is unparalleled, and educational and research institutions and businesses alike utilize it.

It's proven technology with unknown ceiling, and the stock is exhibiting the same signs as Bombardier.

For nearly half a year, shares have traded in the $0.04 to $0.06 range. In June, there was a major spike in volume, and shares shot up to the $0.13 range. After the volume surge, there was a decline in the stock.

Shares were still trading within a normal distribution, and yet another volume surge caused prices to spike all the way up toward $0.40, too late to buy in.

These plays are great if you limit your sell point and don't get too greedy. If a $0.10 stock goes up another dime, you've already gained 100% profit.

If you hold on and try to squeeze more out of these penny stocks, you'll more than likely be back to where you started before you know it.

That's not all, however. This week, we leave you with a bonus penny stock pick with money-doubling potential...

BONUS: This Penny Stock Is a Quick Play on Crypto

At $0.03 a share, almost anyone in the world can afford stock in this crypto, blockchain, and digital asset company.

Based out of London, Net Savings' vision is the establishment of a fully integrated technology company that provides turnkey technological solutions to the crypto, blockchain, and digital assets industries.

It just recently announced that its "VirtuaBroker" launched a revolutionary Crypto Trading Platform based on artificial intelligence (AI). The platform offers a full range of trading services, from portfolio management to price search function, and much more.

This is not a long-term play. The plan here is to "stick and move" and hit the stock while it's rebounding. Then, we take our gains and get out before it hits the top and starts falling again.