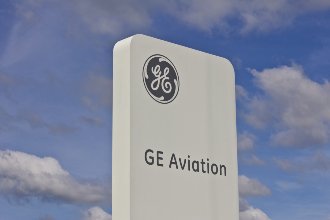 General Electric Co. (NYSE: GE) is an undervalued stock that could see an incredible, triple-digit rise over the next five years as airlines recover and rebound from their pandemic lows.

The increased demand for airlines and flights, coupled with GE's current focus on minimizing its debt and strong second-quarter results, could push GE stock higher.

Between the COVID-19 pandemic travel restrictions and Boeing's issues with the 737 Max jets, GE Aviation took a hit. The company was forced to cut jobs by 25%. GE Aviation's revenue continued to fall in the first quarter of 2021, down 28% year over year to $5 billion.

But with the air travel recovery following the fallout of the pandemic over the next year or so, things are looking up for GE Aviation.

The issues with Boeing's 737 Max have been fixed, and the planes are taking to the skies. With travel restrictions being lifted, airline companies are beginning to place orders for engines once again. GE Aviation's revenue and profits are expected to move back toward pre-COVID-19 levels.

And there's another bonus for GE Aviation.

The airline market is moving away from the older style of wide-body jets in favor of long-range, narrow-body jets - a move that benefits GE Aviation since its joint venture with CFM dominates the narrow-body aircraft industry.

And by continually winning engine and services deals, GE Aviation will generate revenue and earnings through the 2030s.

Let's not forget GE's asset sale it announced earlier this year in March: The company will sell its aircraft leasing unit to its rival, AerCap, for $31 billion. And GE will use the proceeds of this deal to pay off $30 billion of debt.

The company estimates it will end 2021 with gross debt of $70 billion.

The sale marked the biggest move in what GE CEO Henry Culp calls its "turnaround campaign."

After a string of hardships - from costly restructuring to poorly timed acquisitions and the impact of pandemic - GE stock took a tumble while the company's debt climbed.

But CEO Henry Culp shifted priorities to improve the financial position and strengthen GE as a maker of jet engines, gas turbines, wind turbines, and hospital equipment. GE cut its biotech unit, lightbulb business, and a large stake of its oilfield service industry as a result of this shift.

GE Aviation continues to recover as we move into the second half of 2021, which helped move the company higher. And as demand shifts toward wind and solar energy, GE stands to gain from these emerging businesses considering the global renewable energy market is expected to reach $2.2 trillion by 2025.

As for the second quarter of 2021, GE had some impressive results.

Orders grew 30% in the second quarter compared to just 7% in the first quarter. Overall revenue was up 9%, with increases in aviation (10%), healthcare (14%), and renewable energy (16%) - all of which generated sales similar to or better than those back in 2019.

That shows great progress in the company's turnaround strategy.

All of that alongside a recent settlement with SEC, GE's stock now holds much less risk and financial overhangs.

Our GE Stock Price Prediction for 2025

GE is making progress in its ambitious turnaround.

Earnings and free cash flow are expected to increase through the remainder of 2021 into 2020. The aviation and renewable energy sectors are projected to grow, bolstering the value of GE stock.

CNN analysts predict that GE will climb 22% in the next 12 months. If the stock continues that momentum, it would then reach gains that make for a share price of $235 by 2025 - a gain of roughly 110% over five years.

And that is a far better than anything the S&P 500 could hand you in that same time frame.