Sundial Growers Inc. (NASDAQ: SNDL) was the latest cannabis stock to go viral after Reddit traders caught wind of a potential catalyst earlier this year. Sundial stock jumped from $0.50 to near $4 in early February, about a 692% gain.

It crashed back below $1 in just a couple months. But some still believe this one is a long buy. Here's the Sundial Growers stock forecast for 2025... 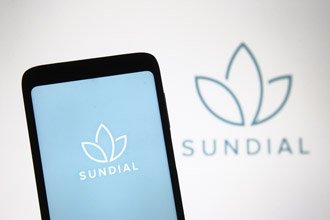 The reason Sundial Growers rose so fast was two-fold.

First, it was a marijuana stock. The cannabis industry still has a ton of upside left. Thirty-six states have legalized medicinal marijuana, and it's only a matter of time before it's given a full green light nationwide. By 2028, Grand View Research expects it to be a $78 billion industry, up from $9.1 billion in 2020. That's 757% growth.

Second, the stock appears to make a more fundamental case for long-term growth than other stocks pumped and dumped by the Internet. In its annual 2020 report, Sundial Growers reported cutting debt by $227 million over the year. That was the biggest fact driving the online conversation.

The cannabis market has always been a matter of picking the right stocks to profit from its massive future growth. If Sundial investors is one of those, that would make it one of the best stocks to buy today.

You see, few Wall Street analysts have covered this Sundial stock. So, if it is a long-term play, the current $0.75 makes an incredible entry point before it hits the mainstream and really takes off.

But we first need to determine whether that earlier bounce in Sundial stock was more than a fluke...

Is Sundial Growers Is a Debt-Free Startup?

Sundial Growers did not just take a bite out of its debt. It claims to have eliminated all of it.

The company said it struggled with bleeding cash in early 2020. But over the next several months, it clamped down enough to be debt-free by December.

It scrambled pay some of the debt with stock, raised more capital, and sold off other assets to get there.

All this activity may have helped raise the fundamental value of the stock, since Sundial did not go crashing back down to $0.50 after the crazy 600% surge. The stock still hangs around $0.75, almost a 50% gain from 2019 levels.

But the cost-cutting announcement, it turns out, was only the tip of the iceberg...

What Else Is Sundial Growers Doing Right?

Not only did Sundial cut its debt on the fly, but it's also vertically integrated. This is an inherently cost-effective system where the company controls its entire production line, from manufacturing to cultivation and beyond.

In short, vertical integration is always a positive when comparing companies in the marijuana industry, since they don't have to pay retail product costs.

These are all bullish moves on the part of Sundial and should instill confidence in investors. A diverse set of products, along with vertical integration, is an important second puzzle piece for a competitive cannabis company.

Looking at the Sundial stock chart, it's clearly leveled off at $0.70, but it seems to have had trouble breaking past $0.80 over the last several weeks.

The company has all the right factors in place for success over the long haul, between vertical integration and new products, as well as mergers and acquisitions.

To solidify all of these bullish signs, the fact that Sundial is debt-free is huge.

The fact that Wall Street analysts are slow to come around to this one is also huge. We will take any chance we can get to beat the smart money to the punch. Only four analysts offer a 12-month Sundial stock price forecast, and the highest is $1.01.

Of course, all of this could be extremely conservative if marijuana legalization progresses over the next five years - which is highly likely.

Still so early in the cannabis game, Sundial Growers appears to be doing everything right in terms of cost structure, partnerships, M&A, and product development.

So, rather than buying Sundial stock on rumors from Reddit, consider that it is a debt-free company with a rock-solid core.

But if you're looking for an even better cannabis stock, check these out...