The Square Inc. (NYSE: SQ) IPO was a mere $9 in 2016. Investors who bought shares at that price significantly outperformed the market, as they currently trade at $266 per share - an increase of more than 1,900%. That's astounding growth. And right now, the Square stock forecast looks promising. 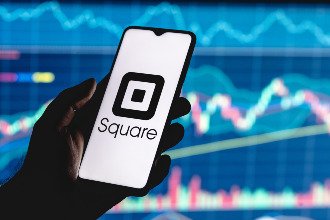 Thanks to a recent acquisition, Square stock is entering another period of massive growth.

Square, the fintech company that offers a commerce ecosystem to help sellers start, run, and grow their businesses, has absorbed a company called "Afterpay." And once you know what this company does, you won't be surprised to see Square stock double by 2025.

Square's buy-now-pay-later (BNPL) capabilities are getting a boost. And in a global market that is expected to reach $20.40 billion by 2028, that's huge.

BNPL apps - Affirm, Klarna, and Afterpay - allow customers to purchase from their favorite online retailers and pay in interest-free weekly or monthly installments. Over the past couple of years, over one-third of U.S. consumers have used BNPL services.

Afterpay's model lets customers break up purchases into four separate, interest-free payments and then collects a small percentage of each sale from the retailer as payment. And since Afterpay's system often results in more sales and larger purchases, retailers are more willing to pay that small fee.

That's what made Afterpay one of the leaders in the BNPL space.

Not long after the company went public in 2016, Afterpay saw massive growth. Shares initially traded for $2.70 before climbing to $132 in five years as it surged in popularity - 4,425.42% growth, in fact.

Now, Afterpay serves more than 16 million customers and nearly 100,000 merchants around the world - used by companies like Amazon and Dell that have a huge number of consumers.

But it's not just the BNPL aspect that attracts merchants and consumers. The company also serves as a central hub for a variety of online retailers.

The Afterpay website and mobile app serves as an all-in-one shopping dashboard that's convenient for customers and helps retailers boost sales. Even within a market full of competitors, Afterpay's merchant base grew 78% in 2021. This helped the company generate $693 million in revenue - a 100% increase over the previous year.

The deal won't be final until 2022, so don't expect to see the results on any of Square's upcoming financial sheets.

After the deal does close though, Square's profit growth is expected to increase by about 30% in 2023.

Square's gross profit was $1.14 billion - up 91% year over year. And that number that is sure to further rise once the deal is finalized.

But that's just one of the driving components behind the Square stock forecast...

Cash App Is the Key to Square's Success

Cash App is a mobile payment service that was developed by Square. Its premise is relatively simple: a one-stop shop for consumer finances. There are roughly 40 million active users on the platform worldwide.

And Square could add 16 million more to the payment platform with the Afterpay acquisition.

That's a big bump in users, even if they only get half of them to use the service.

Once that integration happens, almost 70 million active customers could shop from a variety of stores, send money to friends, claim exclusive deals, and invest in stocks and cryptocurrencies, all from a single app.

Revenue from Cash App increased by 177% and saw 94% gross profit growth in its most recent quarter. The Afterpay acquisition would further fuel that momentum for the payment platform.

And the fact that Cash App's current customer demographic syncs well with Afterpay's business model is the cherry on top.

A survey by Bankrate showed that only one in three adults between the ages 18 to 29 has a credit card. With BNPL as an alternative to traditional credit, the Cash App integration should make for quick adoption of Afterpay - and both will benefit a great deal.

The deal might cost Square a nice chunk of change, but the long-term results are too good to pass up.

A look at Cash App's Bitcoin trading presents an even more bullish outlook. Bitcoin has already been a boon for Square since 2018, back when Cash App started accepting Bitcoin. And it's poised for even more growth.

Over time, the cryptocurrency played a large role in evolving Cash App to where it is today. Bitcoin revenue in the second quarter tripled to $2.72 billion, with gross profits jumping to $55 million. The payment platform continues to be popular among users.

But here's the thing... Square is not tied to the crypto market.

If the crypto market turns bearish, Square isn't likely to suffer too much since the trading platform will hold up. And while it's invested in Bitcoin and cryptos more than other fintech companies, it's not as vulnerable compared to cryptocurrency exchanges.

This means that Square will benefit from the rise in Bitcoin price, but a decline won't hit the company too hard. Consider how Bitcoin accounted for half of Square's revenue, yet Bitcoin's performance has been rough in the second quarter - aside from the recovery in recent weeks.

Now, here's what that means for Square stock over the next five years...

Bitcoin regulations and the spread of the delta variant of the COVID-19 virus shuttering small businesses could lower Square's value by decreasing revenue. The company's high valuation means that any major slowdowns will reflect in the share price.

But right now, shares of Square stock are entering a period of massive growth.

Once the deal with Afterpay is finalized, Square stands to continue this rapid growth into 2022, only to really take off in 2023.

But when we look back at Square's earnings per share growth over time, we see where the company can move over the next five years.

And that growth is expected to continue. By this time next year, Square's share price could grow by 50%.

But you're looking for a more immediate gain, then you'll want to check this out...