Roblox Corp. (NASDAQ: RBLX) stock went public in March, and retail investors have since flooded into the stock. Shares started trading at $45, and it shot as high as $99 after that. That means some early investors enjoyed a 120% return.

Have investors missed out on the gains, or is this just the start for the game-maker?

Today, you can pick up Roblox shares for about $84. And you may consider it after checking out this Roblox stock forecast for 2025. 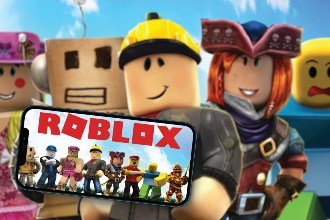 This gaming company is beating down projections left and right. And it recently got a catalyst that could push the stock even further.

What just happened with Apple Inc. (NASDAQ: AAPL) lays new, fertile ground for mobile gaming companies with business models like Roblox. And Roblox happens to be one of the foremost names in this unique industry.

Here's what Roblox does - then we'll get to why shares are expected to move higher over the next five years.

Roblox gained millions of fans after becoming one of the first widely embraced platforms to let users play games made by other users. It serves a base of over 164 million people and counting.

Most of the company's biggest users are gamers under 20. The lure is that you don't need any coding experience to make games on the Roblox platform. The block-based system makes it easy to design and share your games quickly.

Roblox games can go viral after they've been shared over social media. Products developed in the game can even be monetized through something called "Robux." Users can pay each other in Robux for their creations, and those can be converted into cold, hard cash.

Game platforms like these have come and gone before - Microsoft Corp.'s (NASDAQ: MSFT) Minecraft is a great example, similar in structure and adoption.

But Roblox could have much more to offer than many previous "fads." In addition, the company just got a catalyst with potential long-term repercussions...

Apple has a history of making it hard for third parties to make money from the Apple store. The company takes up to 30% commission on in-app purchases. That comes out of the pockets of companies like Roblox.

Now, a recent court ruling may have moved the needle in favor of these third-party apps.

It did not necessarily force Apple to cease taking big commissions. But a ruling by a federal judge in a case between Apple and Epic Games (creator of Fortnite) said that developers could send their users to other payment systems.

The CEO of Epic, Tim Sweeny, wasn't happy that Apple was still free to charge hefty commissions to app developers, saying it "isn't a win for developers or consumers."

Yet stocks like Roblox did go up following the news of the ruling that Apple at least can't force developers to use its own payment system. Roblox popped 4% on this news.

Of course, if these court cases continue to chip away at Apple's domination of the App Store, it's better for companies like Roblox. But whether or not that happens, we see plenty to separate Roblox stock from the pack of third-party gaming apps in the years to come...

Growth for Roblox was robust over the last three years. Daily active users jumped from 10 million to 42 million, about 320%.

The company was especially successful during the 2020 pandemic, when people were forced to come up with things to do while trapped at home.

Now, however, even as communities have loosened lockdown measures, Roblox still expects more revenue in 2021 - 186% more, that is, about $2.65 billion in revenue. Revenue acceleration is common among many of the best stocks to watch.

Keep in mind that much of Roblox's recent growth comes from a kind of popularity that typically wanes over time. It expects revenue to climb just 19% the following year as things slow down.

Also, Roblox is still struggling to reach profitability. The fast growth it experienced in 2021 could get it there. But it could struggle to stay there.

Roblox relies on cloud infrastructure, and it needs more of it to grow at a healthy pace. That takes cash. And we say this at a time when cloud infrastructure could become increasingly expensive as more businesses migrate to the cloud, boosting demand and prices in turn.

An unfortunate feature of the Roblox business model is that it pays users "developer exchange fees." That means, in addition to paying Apple a 30% commission, it pays developers to convert Robux - virtual money made in the game - to U.S. dollars. A third of Roblox revenue went to this in 2020.

Analysts give the stock a high target of $103 over 12 months, a solid 18% gain. But you have to wonder if it can make the same return in the long haul.

WalletInvestor gives it a $182 target for 2025, a 109% gain. If Roblox can manage to innovate as needed, it's certainly possible.

Fortunately, there are stronger opportunities for investors on the market today.

This one is a tech stock too, but it's proven itself time and time again.

Not only that, but it has a higher upside than Roblox too...

One Stock to Buy Instead of Roblox