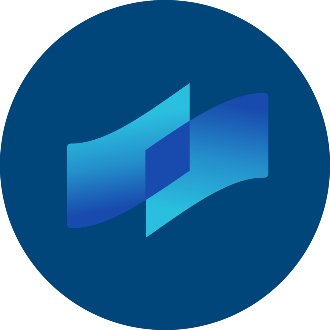 With those sorts of gains, investors are looking for the next big thing in crypto to jump in on early. And that's why we're bringing you out COTI crypto forecast.

COTI is the cryptocurrency doing things differently. Its main goal is to assist organizations in creating their own payment solutions, while allowing them to digitize their own currencies - and it has the infrastructure to do it.

After an astonishing 2021 where it rose nearly 600%, you might be wondering, "is it too late to buy?" or "Is this another coin to be forgotten on the Internet?"

We'll tell you everything we know about the coin and where it's going.

What Is COTI Coin?

In a world where everything is digital, COTI thinks currencies are outdated. It's cheaper to pay in cash than to use banks, PayPal, Alipay, etc...

It's the first enterprise-grade fintech platform that empowers organizations to build their own payment solutions as well as digitize any currency to save time and money.

It's a directed acyclic graph (DAG) cryptocurrency, meaning it doesn't require blocks and miners in order to utilize blockchain technology.

Blockchain payment systems have been plagued by high fees or long wait times. This created a need for a robust payment system that's as seamless and scalable as traditional payments, while staying as cost-effective and secure as blockchain.

Each element targets a necessity for it to remain consistent, successful, and accessible.

The core of COTI's infrastructure is in its Trustchain technology, a proprietary consensus algorithm based on machine learning.

The Trustchain lies on a multi-DAG data structure, which works in tandem to drive scalability, processing over 100,000 transactions per second (TPS). That's compared to 25,000 TPS in traditional payment systems and up to 20 TPS in common blockchain protocols.

It allows users to embed one-click payment requests into their websites for effortless checkout and uses trust scores for faster confirmation times in its proof of trust consensus mechanism.

Outside of its secured network, COTI's cost-effectiveness is a huge part of its appeal. By cutting out intermediaries and eliminating the need for costly mining, energy consumption and costs are reduced dramatically.

With COTI, you're issued your own branded stable coin in which you regain full control over your money and data. Stable coins were designed to minimize and eliminate cryptocurrency price volatility, as we've seen with crypto-giants like Bitcoin and even smaller cryptos like Dogecoin.

COTI's 2021 roadmap is on track so far and should position the coin for success. This includes COTI credit cards issued with VISA and Samplex, which will enable COTI users to store fiat (currency that a government has declared to be legal tender) in their COTI Pay wallet and pay with their fiat balance to any merchant who accepts VISA online or in store.

There's a lot to like about where COTI is heading, but more importantly, where is its value heading?

However, it rallied to a high of $0.4854 in August ahead of its exchange listings, and it has since traded above $0.3.

It's important to keep in mind that crypto markets are extremely volatile, even with a coin designed to maintain stability like COTI. It's difficult to predict what a coin's price will be in a few hours, much less in the long term.

Regardless, as COTI's vision takes shape in the market and is utilized for its features, it has all the potential to harvest huge returns.

But there's an even better way to make money in the crypto market. And that's getting expert insight.