The best penny stock to buy today was buried in a pile of over-the-counter stocks. But we did the work of digging out the diamond in the rough today.

Penny stocks can move much faster and pack much bigger gains than their giant counterparts. They're also not as well-known. You won't find these on reddit threads or most investment blogs. 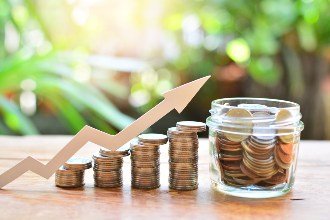 Money Morning Quantitative Specialist Chris Johnson ran the screeners, did the analysis, and drew the charts. He's done the hard work for you, so all that's left is to make a move and watch your portfolio grow.

First things first, you need to make sure your trading platform allows you to trade in the OTC market. Some platforms like Robinhood don't allow it, but others like Fidelity and Schwab do.

If you're able to tap into the OTC market, then you're good to go for this trade. We're talking about a trade Chris says has "a setup that's as close to perfect as you're likely to see."

This penny stock is a key player in a valuable minerals market that could see massive growth as the commodities rise in value.

Why Invest in Vanadium and Uranium?

Vanadium and uranium have several important applications crucial to the economy and national security.

Vanadium is used in everything from medicine to defense. Around 80% produced is compounded with iron to make a corrosion-resistant steel additive. These vanadium compounds can help make extremely tough tools such as axles, armor plates, car gears, springs, sitting tools, piston rods, and crankshafts.

When mixed with aluminum and titanium, vanadium can create a very strong alloy used for special applications ranging from dental implants to jet engines.

Uranium, on the other hand, is an abundant source of concentrated energy. Because of that, it's mostly used as fuel in nuclear power reactors, responsible for 14% of the world's electricity.

However, there are also many other uses of uranium through the production of radio-isotopes. In medicine, it's used in diagnosis and research to detect disease and even kill cancer cells.

In the industrial sector, radio-isotopes are used for industrial X-ray requirements.

When probes are required to operate far away from the sun, the only solution for producing heat and electricity in the harsh conditions of outer space is the use of radio-isotopes.

We're approaching an age in which fossil fuels are being phased out. This bodes well for special metals like uranium and vanadium.

President Biden's plan to achieve 100% carbon-free electricity by 2035 means U.S. uranium reserves will need to be built up.

The country will need huge support for the major carbon-free energy sources, especially nuclear, which uses uranium. Existing nuclear reactor fleets in the United States produce about 50% of the U.S.'s clean energy.

With new mines open in Colorado and Utah, along with existing mines, stocks involved in uranium and vanadium are ready to grow their bottom lines.

Now, here's the best penny stock to buy ahead of that...

That's beginning to change, and since 2020, metals like uranium and vanadium have shown serious momentum.

The price of Uranium is still recovering from an all-time low in 2017 at just under $20/lb. But expect that to start climbing toward its all-time high soon. It hit $140/lb back in 2007. The same trend applies for vanadium.

If you want to run with the bulls, now is the time.

While URA may be one way to do that, WSTRF is a tenth of the price, and it should return profits much quicker.

Chris thinks that WSTRF is an "irresistible buy-and-hold target" that you can own for way less than $3 a share right now.

As this commodities boom gains momentum, this stock has a very high ceiling. Although $3 seems like a little much for a penny stock, it will seem cheap compared to where it's going.

The technical setup on the stock also suggests a big move in the short term, just another reason to get in now. This past week alone, the stock gained 9.57%, rising from $2.38 to $2.61. It has now gained four days in a row.