Warby Parker stock will hit the New York Stock Exchange soon. The glasses company will trade under the ticker WRBY.

This is one of the more recognizable eyewear names out there, and its revenue reflects that. But don't jump yet. You may find good reason to hold off for now... 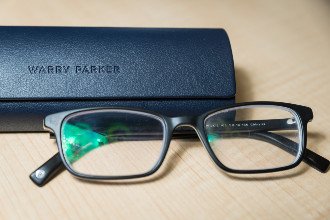 Warby plans to go public via direct listing. Basically, it will allow shares to be sold directly from early investors to new investors instead of creating new shares. This helps get Warby Parker stock to market quicker and prevents share value from being diluted.

The downside, of course, is that Warby Parker does not get a revenue bump from selling new shares. And that somewhat relates to a big reason not to buy.

But this company is not yet profitable, which means today's investor either has to believe in the Warby Parker mission or possibly jump off the boat.

Let's look closer for a better idea of whether this stock is worth buying.

What Is Warby Parker?

Warby Parker changed the glasses industry in 2010, when it started selling eyewear online. It is also one of the first direct-to-consumer success stories, able to cut out the middle man and market its products directly to customers.

The fact that it's become so prominent is remarkable, given that people started buying Warby Parker glasses without seeing them first in person. It speaks to the quality of the products.

The solution was for customers to try them on at home with a set period for returns. Customers can also see how they look with a photo filter via iPhone app.

Thanks to good-looking, designer-caliber frames and easy delivery, Warby Parker has quickly gained fans and rocketed to stardom in this market.

This company also adds yet another digital dimension to its glasses products by enabling customers to track their prescriptions through the Warby Parker website. When a customer needs a prescription, they can take a virtual vision test and get one quickly.

This is made possible by Warby Parker's partnerships with insurance companies like Cigna, United Health, and more.

Now, here's how that is all playing out numbers-wise for Warby Parker.

The Case for Warby Parker Stock

No, this company is not profitable. But, as mentioned, revenue is growing fast.

This can be attributed to its growing popularity with customers. For the first half of 2021, they counted 2 million active users, up from 1.81 million at the end of 2020.

In this case, the company's mission-based model served them well. Fans liked the "buy one, give one" program that gave a free pair to charity every time one was purchased.

Still, that does not point to profitability - in fact, it points to the opposite.

Of course, this wasn't simply because the company was giving glasses away. It was with their business model - and this problem is typical with e-commerce venders like Warby.

Online sellers can tend to pay in ads what a brick-and-mortar store would in rent. Since they're not primarily trying to attract buyers to physical stores, they're competing harder for eyeballs.

That can lead to a volatile ad budget year to year. Warby's last report showed a 35% jump in costs. And this spending does not slow down with companies this young. It will spend more money on advertising in the next few years, which will show up under "cost of operations."

Due to higher ad costs, the cost of a new customer increases. This could push the company to charge higher prices for its glasses down the road, altogether destroying the purpose of Warby Parker to begin with.

Or, the company could keep running at a loss.

So, if you want to know whether to buy Warby Parker stock, here's your answer...

Should You Buy Warby Parker Stock?

The great thing about being a unique direct-to-consumer product is that you can survive a pandemic. Even though 65% of Warby Parker's revenue came from brick-and-mortar stores pre-pandemic, it started with a business model that can sustain itself digitally over the long haul.

Now, however, stores are opening up, and Warby Parker has a greater shot at expanding the brick-and-mortar branches. If successful, it will help offset the losses due to marketing costs.

Remember, though - that's only if stores can open 100% in the long term and customers are confident enough to fill them. We're not out of the woods with the pandemic just yet. So that's liable to be another weak spot for Warby Parker.

This company may continue expanding its top line. But we're interested in the bottom line more and more, now that this company is a decade old and grown popular.

Until then, this is just another "story stock," an exciting company with less-than-stellar financial growth.

While Warby goes public this week, another company is going public soon that's an even better opportunity. And you don't have to wait for an IPO date to start investing...