While Robinhood Markets Inc. (NYSE: HOOD) might make for a great story, that's about all it has going for it. After shares of Robinhood stock jumped to $70.39 per share, it's been in a steady decline. And our Robinhood stock forecast shows this slide won't be slowing down anytime soon.

Much of it goes back to the GameStop Corp. (NYSE: GME) short squeeze last January. During the height of it, Robinhood froze trades for GameStop. That raised concerns over who the company's customers really were: the average retail trader or the big financial institutions. 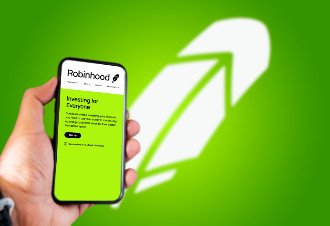 Recently, the U.S. Securities and Exchange Commission (SEC) announced its plan to eliminate payment for order flow (PFOF). PFOF is where brokerage firms send their customers' orders to high-frequency trading firms in exchange for transaction rebates. That's how Robinhood was able to offer "commission free" trades. PFOF also happens to be 79% of Robinhood's revenue.

The company's CEO, Vlad Tenev, responded to the SEC in a Wall Street Journal op-ed. He claimed that the elimination of PFOF is more about control than good practice, writing that "the democratization of markets threatens the existing order."

Knowing that Robinhood has plans to visit college campuses to bring on new users, a tactic used by credit card companies, it's hard to believe that Tenev has the best intentions in mind.

So, let's take look at why exactly you should avoid buying shares of Robinhood stock.

During the pandemic, people turned to trading stocks. This was a boon for Robinhood, making the app a household name. Young, inexperienced investors flocked to the app as a way to entertain themselves and make extra money while the world was shut down.

And it's hard to resist the allure of Robinhood. The app offers a visually appealing, easy-to-understand display and offers a variety of trading capabilities for those less experienced investors, all without any transaction fees.

As of now, Robinhood has 21.5 million active users on the platform. At the end of last year, there were only 11.7 million users. Much of that growth is the result of viral marketing tactics. The GameStop short squeeze put Robinhood in the mainstream spotlight, resulting in a slew of new users - 80% of which were brought on organically or by its referral program. And more than half of them were first-time investors.

But once the pandemic wanes, it's hard to say if Robinhood can continue this growth. There's already signs of slippage. The number of new users has dropped 19% since its peak in May.

That's why the company is looking to college campuses for new users since Robinhood is making all its money off young, novice investors. The company wants to continue this unsustainable trend.

With the app being free to download and use though, Robinhood relies on those high-frequency trading firms that pay for the order flow from retail traders for revenue.

All Hype, No Sustainability

When the meme stocks like GameStop and AMC trading took off during the short squeeze, Robinhood made millions off high-frequency trade transactions. It's a company that profits off of hype and investors' fears of missing out.

But with 79% of Robinhood's revenue tied to PFOF rebates, its current business model is highly unstable. And the 77% increase in revenue from the year prior shows just how reliant it is on the rebate model it currently has in place. It will present the company with plenty of difficulties in the near future since back in August, the SEC said that a full ban of this business practice isn't out of the question.

Funny enough, Robinhood knew that this might be an issue at some point. In the company's IPO filing, it noted that this reliance on PFOF could be problematic should any major regulatory moves go into effect.

The company has issued no solution for this problem, which could serve a devastating blow to Robinhood's revenue.

You might be thinking Robinhood's move into crypto trading offers a way out. But it doesn't. Again, the company gets a lot of engagement on gimmicks and hype. It's just not sustainable. Take Dogecoin, for example.

The meme cryptocurrency championed by Elon Musk makes up 62% of all crypto trading on Robinhood. Despite rising 11,000% during its hype, the coin was created as a joke and isn't designed to hold its value. People are mostly trading it for fun. And as the hype continues to wane, so will the value of dogecoin, until it's worthless.

Again, Robinhood knows it has a problem.

But instead of trying to fix it by changing its practices, it is using old tactics to bring new users to the platform...

Years ago, MBNA paid college alumni for names, addresses, and phone numbers so it could market credit cards directly to students. It was its alternative to going straight to campus like other credit card companies. If it wasn't for student journalists and others raising concerns about this, Congress might not have passed the Federal Credit Card Act.

Instead of paying alumni, it plans to go to campuses to recruit young, inexperienced investors. It's not hard to see whose playbook Robinhood got this idea from. And the company could experience similar restrictions should the markets drop and a large portion of customers experience unexpected losses.

Introducing young people to the world of investing isn't a bad thing. It's good, early exposure to investing and wealth-building tactics that benefit them over the long run. But studies show that inexperienced investors who trade often lose more money than those who leave their investments alone.

Robinhood has "gamified" the investing process via its app to encourage constant "playing" - or investing. Up until March of 2021, a confetti animation played after new investors made their first trade. This subtle endorphin spike is enough to hook users and keeps them trading.

Robinhood's business model thrives from this frequent trading. Fewer trades means less money, since the company depends on payment for order flow rebates to generate revenue. And young investors are already suffering from this combination of frequent trades and inexperience.

One college student took his life after believing he lost $730,000 on the app. In the end, it turned out to be a display error on Robinhood's part. While specifics weren't detailed about the settlement, regulators claim that it was a "record-setting penalty."

But that's not the company's only legal issue...

Robinhood paid $70 million in restitution and fines - the largest sum in the history of the Financial Industry Regulatory Authority - for "charges of misleading millions of customers and letting others trade investments that were not appropriate for them," according to The New York Times.

It paid another $65 million to the SEC to settle charges against the company that it was misleading customers about its use of payment for order flow.

In both cases, Robinhood said nothing about the charges and findings.

Robinhood Stock Forecast: Down 18% or More

There are more reasons to stay away from Robinhood stock than reasons to rush into it.

Robinhood is a company that has often gotten out in from of some big trends like commission-free trading, crypto trading, options trading, and IPO access. But once the big firms follow suit, they lose their advantage.

And should the SEC make the decision to eliminate payment for order flow, competitors like Fidelity or Charles Schwab would dominate over Robinhood. Without offering long-term retirement accounts, they have no way to compete. The company loses its edge. There's plenty of reason to believe that Robinhood is only concerned with high-transaction trading to turn a dime - even at the expense of its users' well-being.

Robinhood is currently trading at $41.97 per share. Looking ahead, the forecast isn't promising. JPMorgan analysts gave the company a price target of $35 for the next 12 months - almost 18% lower than its current price. That move places shares of Robinhood stock below the IPO price of $38 per share.

For now, we recommend steering clear of Robinhood at all costs.

While it's best to avoid Robinhood, there is an IPO coming up that we think will offer 200% returns...