GitLab stock could hit the public exchange any day now. The company wants to raise $624 million on 1.98 million shares priced between $55 and $60.

Whether or not you buy GitLab IPO shares right away may depend on whether the stock falls into that range. But regardless, it presents a buy opportunity at some point for anyone interested in the digital transformation taking place in the business world. 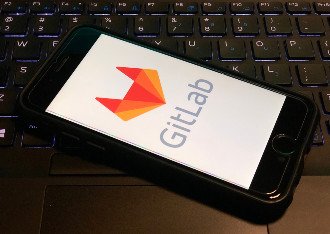 Digital transformation is a fancy word used to describe how companies want to get faster and better at what they do. This involves integrating different software systems to operate and communicate more efficiently.

It's a gigantic movement set to take place over the course of the next decade. Price-Waterhouse-Cooper says the top 5% of companies taking advantage of this all have 33% greater digital capability correlated with 17% higher profit margins.

GitLab stands at the center of digital transformation, offering the tools to help create the tools necessary for businesses to grow digitally. That's enough reason to at least plug the GitLab stock ticker, GTLB, into your search bar come IPO-time.

Before you do that, however, let's learn a little more about GitLab and the role it fills in the grand scheme of things.

Plenty of software development suites like this exist. But most can't say they take on companies like Nvidia Corp. (NASDAQ: NVDA), Siemens AG (OTCMKTS: SIEGY), and Goldman Sachs (NYSE: GS).

It's usually a good sign when the big cats enjoy your services.

To make things interesting, GitLab also competes with some "big cats." Names like GitHub by Microsoft Corp. (NASDAQ: MSFT) show up in the mix. But the great thing about this sector is there is still plenty of pie to go around.

The cloud software industry has exploded in the last few years, and it's not done. This industry is expected to grow from $3.71 billion to $1.2 trillion by 2028 - that's nearly triple growth in seven years.

And better, faster software development is at the core of that. The other thing to consider is that this growth could be exponential in the long run, since companies that implement digital transformation solutions will be increasingly dependent on software updates.

All of that is to say that you want to find the winner in this industry, whether they're the top overall provider or carving out a niche for themselves.

As we said, GitLab specializes in helping coders make a product faster; software updates are included in this. For example, imagine, instead of Apple Inc. (NASDAQ: AAPL) releasing a big update every few months, a company like GitLab could make it easy to deliver a continuous stream of smaller updates more frequently.

The platform does this through a web-based tool that enables coders to track projects and their related issues.

Here's how that translates to numbers so far...

GitLab has not yet revealed its profit or loss margins. Thing is, if it were profitable, it might have said so already. That, however, is not necessarily a case against the stock.

One fundamental thing we do know is that the company's revenue model is cost-saving. It's built on an open-source software program. It simply codes additional functionality over top of that.

From there, the company can operate a recurring-revenue business that's backed and adopted by some of the world's biggest companies.

That's contributing to fast revenue growth, which you may suspect will lead to profitability in the near future, at least. The company reported a valuation of $2.7 billion in 2019, and now it's anticipating $9 billion in 2021.

GitLab announced $150 million total revenue in the last year, with over $100 million of that as recurring revenue. The $150 million was 74% growth from the previous year.

That will only accelerate in the future, as long as nothing terrible happens.

Now, nothing here has given you a "sell" case against GitLab. That's because it presents a clear buy on the digital transformation movement.

The question is, though - should you buy right away?

When to Buy GitLab Stock

Where everything's headed, this industry will not slow down at any point in the perceivable future. Big companies, at least as far as anyone can tell right now, will always want bigger, faster means of running their organizations.

That will rope in companies like GitLab, with the solutions to help them do that.

In choosing a digital transformation company, you especially want to look at companies with a firm grip on the market, ones poised to lead against the others. And this one does swim in an exclusive pool of software development sharks.

You could do a lot worse than investing in GitLab early. But that does not mean buying the IPO immediately would be the most profitable way to play the stock.

If shares go above the expected range after the IPO, sit back for a few days or weeks to watch it come back down from the hype.

Then, do not let it out of your sight. Watch the share price like a hawk and get in at a price that is good for you.

If GitLab is a winner, it could be similar to buying Microsoft early in the dot-com boom. And most people, if they had a time machine, would do that in a heartbeat.

Finally, if GitLab shares trade within the expected range shortly after the IPO, don't hesitate to scoop them up. They could skyrocket any minute.

Ultimately, though, GitLab is a play on long-term industry growth. Here's a stock going public that could pop even more quickly...