Volvo stock could go public in a matter of weeks. The Swedish carmaker announced the IPO at the start of October. If all goes well, this could put the company ahead in the electric vehicle race. 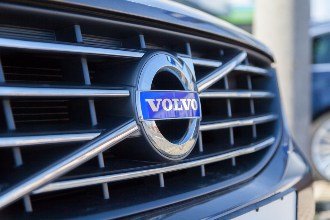 Volvo wants a piece of the pie, aiming to electrify half its vehicle fleet by 2025. Eventually, it wants to go full-electric.

This IPO will help fund that goal: The Volvo IPO expects to raise about $2.9 billion.

The company doesn't yet have a target valuation for the IPO. In fact, much is yet to be learned about its financials. But this was one of the trustiest car companies around in our gas-powered world.

Who's to say it can't lead the electric vehicle realm as well?

Here's how Volvo stacks up in the EV market and whether Volvo stock is a buy after its IPO.

Trucks make up a large portion of its manufacturing operation - Volvo was the largest manufacturer of heavy-duty trucks in 2016.

The AB Volvo company was founded in 1927 with the first release of a Volvo car. It picked up a loyal following of customers over the decades. Only 62 years later did AB Volvo split and sell Volvo Cars to Ford Motor Co. (NYSE: F) in 1999.

In 2010, Volvo Cars changed hands again, this time belonging to Chinese company Zhejiang Geely Holding Group. Geely remains the majority shareholder. It could sell some of its shares in the initial public offering but still will hold most of the shares.

AB Volvo and Volvo Cars still cooperate and share the same logo despite being independent companies. We should clarify that Volvo Cars is the specific company going public here.

Like most other car companies with EV aspirations, Volvo hopes to have a fully electric fleet by 2030. Its first goal is to have half its fleet electrified by 2025.

Volvo will compete for the European car market against companies like Daimler and Mercedes-Benz, which both want to go all-electric at the same time.

So far, Volvo has released its 2021 Volvo XC40 Recharge Pure Electric to compete in the EV market. It's a crossover-style car - Volvo is historically known for its hatchbacks. The XC40 is a connected car, meaning it receives over-the-air updates similar to a Tesla.

Volvo cars was profitable before the pandemic. It struggled during 2020 due to lockdowns and chip shortages. In fact, the company took a more than $900 million loss in the first half of 2021.

But it recovered strongly, reaching profitability again in summer 2021 as demand for cars returned.

Profitability is always a good sign for IPO investors. And a quick rebound like this makes even more of a case for the company's fundamental health.

Volvo revenue rose 26% in the first half of 2021. The company reported that all its operational regions "showed solid growth and improved market shares, with chargeable cars representing 25% of total sales.

Volvo also wants to open a battery gigafactory in 2026. If profits continue to grow, it's well on the way to doing that.

But here's why you maybe should not buy Volvo shares right away...

Should You Buy Volvo Stock?

The company could face difficulties in the months following its IPO, as the global chip industry still fights a shortage.

Electric vehicles rely heavily on these chips. And the "ongoing shortage of semiconductors" was cited as a reason for registered cars in the UK falling 34% in September 2021 from the same month the year prior.

The report from the Society of Motor Manufacturers and Traders went as far as saying it was "the weakest September since 1998."

That said, the semiconductor industry will eventually catch up, and Volvo will be there when it does. This company sits at the same table as big carmakers like Ford Motor Co. (NYSE: F) and General Motors Co. (NYSE: GM).

Since it has only released one major EV so far, plenty of growth can be expected between now and when it fully electrifies its vehicles.

For now, however, you should wait a while after the IPO purchase shares. If the chip shortage continues, you could get Volvo stock cheaper in the next year.

If the Volvo IPO somehow gets delayed in the offing, you may want to consider snapping up shares depending on how supply chains look.

Hold off for now, but keep a close eye on Volvo Cars.

If you're looking for big gains sooner, here's a stock going public that will pop any minute...