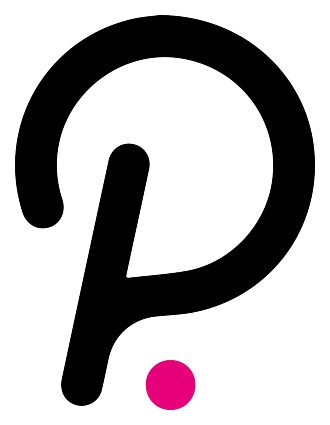 With the 5,000%+ return some investors made after getting in on Bitcoin early, crypto investors are right to look for the next big coin to break through. Our Polkadot coin price prediction will show you if DOT is going to be the winner.

Not only is it a relatively new crypto, but Polkadot (DOT) is regarded by many as the most innovative project to hit the crypto market to date.

Let's take a look at the coin some experts see as the inevitable progression of cryptocurrency.

What Is Polkadot Coin?

Not only is Polkadot taking the next steps in improving blockchain technology, but it's built on a scalable business model with infinite room to grow, and it was born out of experience in the market.

DOT is the brainchild of Ethereum leaders, like co-founder Gavin Wood. Wood and others broke away to form their own cryptocurrency with the aim of building a better network.

While cryptocurrencies may use any number of blockchains, DOT aims to integrate them by creating a network that connects various blockchains so they can work together. This integration could change how cryptocurrencies are managed and has stimulated impressive growth since its launch in 2020.

"Polkadot" refers to the entire ecosystem of parachains that plug into a single base platform known as the relay chain.

Instead of having a single lane to complete transactions, DOT has several. This makes it very scalable as a coin.

For instance, DOT can be used as a bridge between networks, meaning applications can be built on Polkadot that work on both the Ethereum and Bitcoin networks.

This also allows for faster transaction speeds, which remains a significant concern in the blockchain ecosystem. Since the Polkadot ecosystem acts as a multichain system allowing process transfers across several individual chains, it can speed up the number of interactions taking place.

This feature alone is paving the way for mainstream global blockchain adoption.

DOTs secure network is stronger the bigger it gets.

Polkadot's novel data availability and validity scheme allows chains to interact with each other in a meaningful way. Chains are independent in their governance but united in their security.

The larger a blockchain, the more security it has. This concept is known as shared security, and it's vital in Polkadot's infrastructure.

With this shared security, DOT has established a sophisticated governance system where all stakeholders have a voice.

Upgrades to the network are coordinated on-chain and enacted autonomously. This ensures that DOT's development reflects the values of the community and avoids stagnation. It's designed to reward genuine investors and weed out people who are trading to make money fast.

A year ago, DOT was priced around $4.50. It bounced around like most other cryptos over the last year but is gaining traction again.

It rallied an astonishing 256% over the last few months. Although it's still below its all-time high of $49.80, with a $39 billion market cap, it's been outperforming most cryptos since it hit the market.

Along with increased investor interest, DOT's ecosystem is constantly growing.

While analysts are quick to make price projections (we're getting there), investors should take a look at derivatives data.

For example, DOT's total futures open interest grew from $360 million to $685 million in 30 days. This is a positive indicator reflecting the willingness of leverage traders to keep their long positions open despite the rally.

In short, even leverage traders don't see the rally as a quick buck, rather a long-term growth investment. Similar to those who bought in on Bitcoin early and held on to it... We know how that played out.

Many analysts agree that technical indicators suggest Polkadot reaches $40 by the end of the month, and that's just the beginning of its gains for the rest of the year and into the new year.

Money Morning Options Trading Specialist Tom Gentile is expecting a 194% profit potential with a price projection of $100 in the next 18 months.