Shiba Inu is up over 300% in less than a month. That has crypto investors wondering if the Shiba Inu coin can reach the $0.50 milestone sooner than later.

And we'll show you the answer.

From that past September to early October, the cryptocurrency gained 320% and pushed its way into the top 20 best-performing cryptos. But despite this drastic climb higher, the crypto isn't going to hit $0.50 anytime soon. 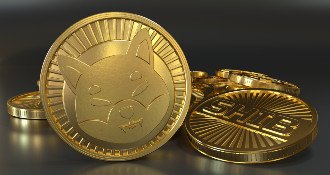 In fact, it isn't even likely to reach that milestone over the next five years.

That's because much of its rise is spurred on by hype. We saw the same thing with Dogecoin (DOGE), the meme-spired crypto championed by Elon Musk, when it rocketed 11,000% during the peak of its hype. The coin was never intended to hold its value. It was created as a joke and meant to be traded for fun.

To get a better idea of where SHIB falls, let's take a closer look at the crypto it was intended to take on...

Shiba Inu Coin: Is It a "Dogecoin Killer"?

Both cryptocurrencies were inspired by Shiba Inus, a Japanese dog breed that became known for the "doge" memes that circulated around the Internet. While Dogecoin was created as a joke by two software engineers back in 2013 based on that meme, Shiba Inu Coin (or Shiba Token) was based off Dogecoin. That makes it something of a joke inside of a joke.

Yet neither saw popular appeal until the past year or so, thanks in part to Musk's tweets back in May. And while SHIB might've been able to gain 1,993,575% in recent months, it still has a ways to go to catch Dogecoin - even if the anonymous creator intended it to be a "Dogecoin killer."

DOGE might've peaked at $0.74 back in May, but it has since traded around $0.22 or so. It's hard to say if it will ever break $1. And that's not just because of fading interest.

Unlike Bitcoin, which some companies offer as payment in place of a traditional salary, or Ethereum, which can be used to buy real estate on website like Propy, DOGE and SHIB lack any real-world utility.

Only 1,714 businesses across the globe that accept DOGE as a form of payment. To put that into perspective, there are more than 32 million businesses in the United States alone. And it only gets worse for Shiba Token. Despite the cryptocurrency's $10 billion in market value, there are only 43 businesses that accept it as payment. That is a staggeringly small number in the grand scheme of things.

And according to Coinbase, those who do trade Shiba Token typically only hold them for an average of six days. That doesn't allow for appreciation since there is always some more in circulation than those who demand it.

So then, why did SHIB jump so drastically recently?

One thing that sets SHIB apart is that unlike Bitcoin, which is designed to be scarce, it is intentionally abundant. That abundance is part of the joke. They are constantly creating more and more SHIB, so the supply is always rising. Most other cryptos have a fixed supply, which is the case with Bitcoin. Some, like Ethereum, even burn their supply over time. This ostensibly helps push prices higher.

There's also a bit of the past repeating itself at play here.

Back in May 2021, the crypto-trading juggernaut Binance listed SHIB and Elon Musk tweeted about DOGE. The result was a jump of 2,436% in just a few days. Then on Sept. 9, 2021, Coinbase joined in and listed SHIB. Not long after, SHIB started a steady climb upward. And again, a tweet from Elon Musk about his own Shiba Inu "Floki Frunkpuppy" sent the crypto even higher, gaining 299% overall.

But the important thing to note is that SHIB has become more accessible.

And the more accessible the coin is for traders, the more likely it is to be bought and sold, particularly if there's already a spotlight shining down on it. If other platforms such as eToro list SHIB, then the price could continue to climb. It's the "Coinbase Effect" in action.

But even if SHIB undergoes a drastic upward swing, can it reach $0.50?

While SHIB has some great momentum at the moment, the crypto does have its limitations.

Until it does have more real-world applications and is more widely accepted as payment, I don't see the crypto surging much higher. Even hitting $0.01 might be tricky for the crypto. To hit that mark, SHIB would have to make a climb of 34,288%. And having a large quantity in circulation with a short average holding period doesn't help either. That makes it hard for demand to outstrip supply in the long term.

All of this is to say that it's hard to predict just how high SHIB will actually go. The crypto has already gained 25,000,000% overall in the past year for an average monthly growth of 2,000,000%. But how sustainable is that growth?

But if you're looking for impressive gains sooner, you'll want to look outside of the crypto market to a stock going public that's bound to rocket higher...