GlobalFoundries stock is going public on Oct. 27 and will be listed on the Nasdaq under the ticker GFS. The company is the self-proclaimed largest silicon wafer supplier that's not dependent on China and Taiwan, but that doesn't mean the business will be profitable. 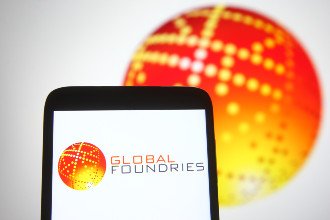 GlobalFoundries expects to be priced between $42 and $47 to raise $1.55 billion by offering 55 million shares - 33 million shares from the company and 22 million being sold by owners Mubadala Investment Company. If the company were to land on the higher end, it could be worth more than $25 billion.

Mubadala originally planned for GlobalFoundries to go public in 2022 or 2023. But with demand so high for semiconductors, the investment firm decided to move the bid up and capitalize on the current semiconductor squeeze.

But can GlobalFoundries stock benefit from this earlier IPO?

The Malta, New York-based company is a fabricator and supplier of silicon wafers, a key component of semiconductors. Wafers are the silicon discs on which semiconductors are made in bulk, and each one can contain thousands of chips.

But it's the company's roots that have allowed it to become the company it is today.

GlobalFoundries was formed in 2009. Back then, Advanced Micro Devices Inc. (NASDAQ: AMD) moved out of the fabrication business and split up. Mubadala Investment took control over the fabrication side of things.

In 2010, GlobalFoundries merged with the Singapore-based company Chartered Semiconductor Manufacturing, the third-largest foundry in terms of revenue. This allowed the company a foothold in Singapore's market.

And then in 2015, GlobalFoundries acquired the microelectronics division from International Business Machines Corp. (NASDAQ: IBM), along with 2,000 engineers and facilities in Burlington, Vermont, and East Fishkill, New York.

GlobalFoundries is set to build a second factory near Malta and spend $1 billion to up its output by 150,000 wafers per year to address the global chip shortage.

Not yet. But GlobalFoundries is showing signs of slow improvement when it comes to profitability.

As a silicon wafer fabricator, this puts GlobalFoundries in a unique position to act as a third-party outlet for some the big-name tech companies like Apple Inc. (NASDAQ: AAPL) and Nvidia Corp. (NASDAQ: NVDA), for example. Since both Apple and Nvidia aren't able to fabricate their own, they turn to GlobalFoundries to do the work for them, outsourcing their designs. And GlobalFoundries' top 10 customers - companies like Qualcomm, AMD, Samsung, and Broadcom - have a total market value of over $1 trillion. That's huge.

According to GlobalFoundries, 61% of its wafers purchased in 2020 were products that can only be fabricated using its own technology and designs. That's up from the 48% it was back in 2018, signaling a growth in demand for its products.

That growth is partly why GlobalFoundries held steady on its expectations of revenue reaching $20 billion over the next few years. Just from 2022 through 2023, the company expects to earn $10 billion.

But the reality is not as rosy as the company believes it to be.

But during this time of intense chip shortage, when fabricators are buried in orders due to high demand, GlobalFoundries has yet to turn a profit. Though the company is slowly showing signs of improvement, it begs the question: What're they going to do when the market returns to normal?

Should You Buy GlobalFoundries Stock?

Despite positioning itself as a company to help combat the global semiconductor shortage, it'd be best to wait and see where the dust settles with GlobalFoundries IPO. As of now, the company isn't profitable during a time of high demand for its product. It's hard to believe that under normal market conditions GlobalFoundries will be a heavy-hitter anytime soon.

That's not to say that the company isn't a good investment; it very well could be... in time. GlobalFoundries stock has to prove itself first by more consistently turning a profit, especially outside of this massive chip shortage.

So, it's best to avoid investing in it right out of the gate. Watch how the companies does over the next couple of quarters. Maybe let the share price drop just a bit, then make your move. Just don't buy it right after its IPO.

But if you're itching for a surefire investment, we've got just the thing for you.

It's a special purpose acquisition company (SPAC) opportunity that could triple your investment in a relatively short time.