Informatica Inc. (NYSE: INFA) stock went public this week, and is well worth investing in for the long haul. Though long-time investors might recognize this enterprise software developer, those who don't will want to pay attention. Right now, the stock is trading for $29.75 per share. Before it went private back in 2015, shares were priced at $48.56.

Going private was part of its bet to become "a multi-billion-dollar leader in all things data." It allowed the company for more freedom to restructure and make changes. And the changes it's made have paid off for the company. In the time it was private, Informatica was able to improve its Cloud-based services and create a SaaS business model. 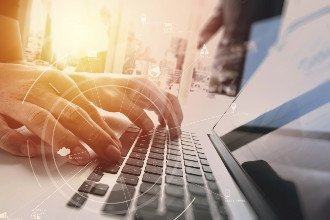 Whenever a company makes this kind of change, there's a drop in the near-term revenue. The same thing happened with Microsoft Corp. (NASDAQ: MSFT) when it made the switch back in 2013. And since that change, the company's share price increased by 999%. The company is set to hit $400 after bringing in more than $45 billion in revenue for the first quarter of 2022.

This is important to note because Informatica works within a similar area of cloud-based software and data. Microsoft brought in $16.98 billion for its cloud business alone. The longer a company's subscription service runs, the more stable and consistent revenue growth becomes over the years.

And Informatica's relisting comes at a time when the company's revenue is stabilizing. So, why does that make this one of the best stocks to buy? Let's find out.

Informatica is an enterprise software developer that takes a company's data and makes it easy for it to integrate, manage, and analyze. It does this via a process called ETL (extract, transform, load) to clean it up, and then turns it into a usable app or tool of the company's request.

Basically,it's the middleman of data processing. Amazon's AWS is used to store collected data via cloud. Salesforce is an end-user platform that helps put that collected data to use through sales and marketing. And right in the middle, that's where Informatica is. It helps to better companies manage and understand all that data to improve the end-user application.

And the company's been doing this for nearly 30 years. The addition of artificial intelligence (AI) to more efficiently cleanse or organize the data is a more recent addition as the company continues to modernize its practices. And the switch to subscriptions from licenses is another part of that modernization.

It's a change Informatica started on almost six years ago and is still working on. It's a time-consuming process that slows growth down or can make revenue go negative. In fact, over the last few years, revenue grew about only 5%. That's because of that transition from the perpetual license sales revenue to a subscription-based revenue. Once those transition pains are over, the revenue will eventually start to climb again.

Take Adobe Inc. (NASDAQ: ADBE), for example. Licensed creative software generated $3.4 billion for the company back in 2011. But it hit a ceiling. Sales fell flat, and recurring revenue dropped. The company hikes prices to boost revenue, but it quickly realized this wasn't a permanent solution. It didn't help that the software was quickly advancing, making the 18-24 month update cycle too slow.

So, the company decided to experiment with SaaS. Adobe bundled cloud-based software with standalone products to test markets. And the results were overwhelmingly positive. In 2012, the company released Creative Cloud, which allowed users to buy subscriptions of Adobe's software. Within a year, there were more than 1 million monthly subscribers to the Creative Cloud. And by 2017, that number climbed to roughly 12 million.

All in all, the gamble paid off for Adobe. And Informatica could see a similar pattern in its growth as well.

Despite the pandemic-related drawbacks many companies faced last year, Informatica managed to weather the storm and turn a profit.

It landed $1.32 billion in revenue for 2020, an increase of 1.3% from the year before. And it was close to 8% more than revenue from back in 2018. And the company sports a gross profit margin of around 70% to boot. That's in part thanks to how the company is structured.

As of now, Informatica brings in money from four different sources: subscriptions, perpetual licenses, maintenance, and professional services. Combine those all together, and you're left with a company that has a solid margin.

While Informatica's revenue from perpetual licenses has dropped over the years, that's a good thing. This is instead replaced with an increase of subscriptions. And the growth in the subscription-based revenue has been very solid at 34% the most recent quarter.

There's plenty more upside for this business as subscriptions becomes a larger portion of the revenue overtime. As that happens, the company will have more cash on hand to invest in future growth.

And with a current total addressable market opportunity of $44 billion, that number is sure to grow considering the market is projected to reach $234.6 billion by 2026 in the United States alone.

Should You Buy Informatica Stock?

Informatica is a growth story. It's not a hyper-growth opportunity, but rather a stock that will continue a slower, more consistent growth year after year. It's a stock worth investing in.

It'll be a dependable, long-term stock to hold onto. While it's not certain how much the company will grow post-IPO, some analysts suggest that an annual growth of 20% is fair.

But if it follows the same pattern as Microsoft and Adobe, Informatica stock could move as high as 400% over the next five years as revenue continues to stabilize and grow. So, if you're OK with holding onto a stock for the long haul, this one might be the one for you.

But if you're looking for a stock with hyper-growth opportunity, then we have one more just for you.

Instead of an IPO, this is a special purpose acquisition company (SPAC) opportunity that could turn every $10 you into $30.

This "IPO" Could Triple Your Money