A Reddit NFT platform might be on the way. The web is all abuzz after the company announced it wants to hire an engineer to develop its own space for trading non-fungible tokens (NFTs).

If Reddit stock were publicly traded, this might be a "buy" signal. But we don't seem any closer to a Reddit IPO than when rumors started circulating in early 2021.

So, if you're a trader looking for the next profit opportunity, don't think you'll be able to invest directly in Reddit anytime soon. There is, however, a way you can use the Reddit hype to your advantage with one other NFT stock... 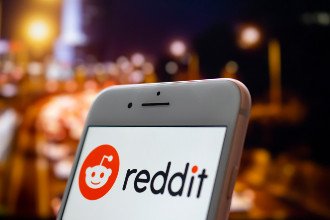 Reddit's platform would be similar to OpenSea, Axie, CryptoPunks, or NBA TopShot, all of which give users a way to trade unique digital content for Ethereum (ETH). If you're not yet familiar with how NFTs work, check out our NFT guide here.

Almost every Internet company you can think of is working on a way to target this industry, from Facebook Inc. (NYSE: FB) to Alphabet Inc. (NASDAQ: GOOGL), to Twitter Inc. (NYSE: TWTR), and more.

In this next-generation art world, one-of-a-kind digital pieces trade like paintings and sculptures were exchanged for centuries. And the blockchain verifies ownership.

While it's easy to be skeptical of these high-value digital assets, we should remember how art works: If the right artist can brand his work correctly to the right audience, the work will sell. Feel free to look up the banana that sold for $120k, the two blank canvasses that sold for 84k, or the "invisible" sculpture that sold for $18k.

These are real stories. They happen all the time.

When you have a way to verify the uniqueness and authenticity of even a virtual product - i.e. a digital ledger like blockchain - you might even say it's more "art" than at least one of the things mentioned above.

A Reddit NFT platform adds credibility to the NFT world; it's not some passing fad, but a real market with the potential to stick around long-term.

But you can't buy Reddit stock today. And since Reddit will probably not lead the NFT industry anyway, there's a stock you can buy instead that's actually traded publicly.

First, to understand what Reddit is doing, here's what you should know about NFTs...

As we alluded earlier, NFTs are virtual products. They can come in an infinite number of forms, and the Internet has only begun to explore those.

The NFT marketplace has already branched out to several niches. For example, CryptoPunks are pixel images of AI-generated characters that exist in finite number, traded through the CryptoPunks platform for ETH.

NBA TopShot lets people buy clips from NBA games that can be sold and traded like sports trading cards.

Then you have other, more general NFT platforms like OpenSea, where anyone can upload and sell NFTs they've created.

Almost anything you can look at on a screen - or even sounds coming from a speaker - can be an NFT. That's what makes this industry so potentially competitive - and profitable for the marketplaces that win out.

Reddit, since it's such a massive, diverse content space, will likely be one of the general NFT marketplaces with a lot of room for creativity from its users.

According to Reddit, the company wants to be "the largest creator economy on the Internet." It's looking to hire a senior backend engineer to help it do that.

The engineer will help it lay the foundation for "millions of users to create, buy, sell, and use NFT-backed digital goods" on Reddit.

At first glance, this looks like a gold mine for the company. After all, Reddit is known as the place for memes. Its real-world consequence was on display over the last year, when Reddit boards sent "meme stocks" like GameStop Corp. (NYSE: GME) and AMC Entertainment Holdings Inc. (NYSE: AMC) into a short-squeeze frenzy. The ideas pushing that activity came in the form of digital art or "memes."

The same thing happened with cryptocurrency like Dogecoin - otherwise known as a "meme coin" or "hype coin" - which went from $0.004 to $0.72, or 17,900% in six months. Pictures of the Shiba Inu dog flying "to the moon" made that happen.

And that's just a couple examples of what these art pieces can do, so for Reddit to host them would be a big deal.

But as we mentioned earlier, plenty of competition lies in Reddit's way despite being the leader in memes and meme stocks.

Coinbase Global Inc. (NASDAQ: COIN), one of the most popular cryptocurrency exchanges around today, will launch its own NFT marketplace before the year is up.

Twitter is also working to promote NFT trading and information exchange on its social media platform.

NFTs are just getting started, and no one really knows where the market is headed. That's probably why Gizmodo called Reddit's attempt to create an NFT platform a "desperate grab from a platform that's struggled to suck out some of the online ad revenue from the Facebook/Google duopoly."

Reddit has been known to struggle gaining advertisers. That's one reason a Reddit IPO would greatly help this company. It needs a revenue infusion if it really wants to compete against these other social media giants to build a formidable NFT platform.

That goes back to this idea that the NFT space is still ultra-new and lending itself to a diverse range of virtual products. There's no telling where Reddit could go with this.

In that sense, Reddit might be too much of a generalist in a market that asks for its players to be specific.

That's what makes this other NFT stock a buy right now. It already has its audience and is ready to soar...

The Best NFT Stock to Buy Instead