Expensify stock was the latest to show up on Robinhood IPO Access. The terms were announced on Nov. 1 (Monday), and the San Francisco-based software company expects an IPO as soon as Nov. 10.

The Expensify IPO will sell 9.7 million shares to the public at a range of $23 to $25. If shares price at the middle of the range, the offering will raise more than $232 million. 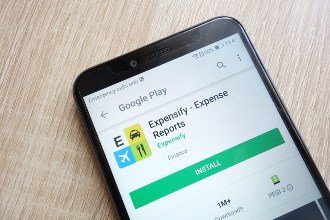 You can apply for Expensify IPO shares on Robinhood. Just look for the ticker EXFY to get started.

And you will want to. It's all because of a little thing called the "lollapalooza effect."

Legendary investor Charlie Munger coined this term for when a person's biases are so overwhelmed that they must act.

For example, if someone wants to sell you a car, they might make it seem like a limited offer, appealing to your sense of urgency.

They might also want to appeal to a desire for status - you're not "cool" if you don't have that car.

Finally, the car salesman might say that, since you've already spent 15 minutes with him, you'd waste your whole day walking off the lot without a vehicle.

Three instincts you have - time, status, and commitment - get played like a violin. And you know what? Three is enough to make most of us buy.

That's "lollapalooza" according to Munger. Why is this important? Well, Expensify stock has more than a few things going for it that scream "buy."

For one, it's an IPO stock - retail investors rarely get a fair shot at buying IPO shares, but Robinhood changes that.

Two, this is one of the most efficient companies in the world - it talks the talk and walks the walk.

Three, its brand is well-known and continues to spread worldwide.

So far, that's a triad of positive signs for Expensify stock. And there's more.

Here's all you need to know...

Expensify provides a software platform that helps companies manage their expenses in the cloud.

The company solves a real headache for many businesses - managing expenses is an extra detail that managers want simplified as much as possible. This rings even more true for small businesses and a rising population of independent consultants.

Entrepreneurs and employees alike don't have the time to think about reimbursements on top of product management, brand management, and the litany of other forms management takes on the job.

Expensify makes it easy. Instead of filling out some weird form, employees can use the app to scan receipts to log the date, merchant, and amount of a transaction. The can also match the transaction to a connected card to make the reimbursement happen sooner.

Founded in 2008, Expensify has added 10 million members over the last decade. It has processed over 1 billion transactions. And its last quarterly report showed 639,000 paid members across 53,000 companies and over 200 countries.

The report also showed $112 million revenue over the last 12 months.

Here's whether the company made any profits on that...

Expensify is profitable, and its top line is growing fast. Revenue has grown 283% in the last three years.

Now, with 10 million users worldwide, the company's record growth took it past $100 million in annually recurring revenue for 2020.

Expensify's Director of Strategy Ryan Schaffer said this was all thanks to the company's approach to sustainable growth instead of the typical "growth at all costs" philosophy you find at most Silicon Valley firms.

Now, Expensify appears to have everything in place to make profits for investors. Here's the final verdict.

Expensify Is the Best IPO Buy of the Year

Everything about Expensify stock screams buy. If you can get shares within the expected range, absolutely do it.

Because this company has an overwhelming amount of "buy" characteristics.

For one, the leadership has a stated goal of sustainable growth - the outward-facing message, at least, is one of avoiding reckless expansion.

But more than just saying it, the company is walking the walk. In other words, Expensify is showing the receipts.

It has an interesting product. Its customer base is growing. Its revenue is outpacing the growth of its staff - that 283% revenue growth since 2018 happened during only a 9% increase in staff.

And the brand is growing in notoriety.

Not only is this an interesting company to get early IPO shares for, but it could potentially be one of the best buys on Robinhood IPO Access so far.