The SQUID coin might be the fastest rug pull in crypto history.

Squid Game (SQUID) coin became a hot commodity immediately, climbing all the way up to $2,861. Yesterday, it plummeted to $0.

This follows a trend in crypto investing where the value spikes in reaction to hypes. It's not a sustainable way to invest. Nick Black, Cryptocurrency Expert at Alternative Wealth Daily, offered some insight in the wake of cryptos like Dogecoin (DOGE) and Shiba Inu (SHIB) spiking. To him, they're "junk coins in junk communities." 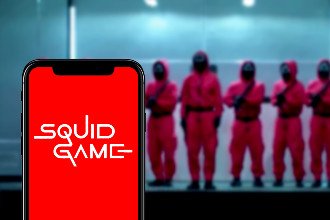 This particular cryptocurrency rode off the coattails of Netflix's latest hit, "Squid Game." The irony is that the show is about a group of people who are in debt (quite a few of them due to gambling) and are given the chance to win a life-changing sum of money through a series of competitive games. And those who gambled on the show's success were met with loss.

Meanwhile, the creators of SQUID coin made $2.1 million off the whole ordeal. It's a particular kind of scam called a "rug pull" that happens when a crypto's creator takes the cash and leaves investors with nothing.

For experienced crypto traders, there were obvious red flags. But too many fell victim to the hype surrounding the crypto and lost money over it.

Here's what happened with the SQUID coin - and what you can do to avoid the next one...

There were plenty of reasons to avoid SQUID coin. Its website was only three weeks old, riddled with spelling and grammatical errors. The crypto's Telegram channel didn't allow outside comments, and its Twitter didn't allow for users to reply to any posts.

If you're ever curious about the legitimacy of a crypto or company, these elements are generally a good way to gauge their credibility. Particularly when it comes to the website. Chances are, if it doesn't seem professionally done, it isn't.

The biggest red flag of them all was that no one could sell the coin after purchasing it. This should've led many traders to question the crypto's legitimacy, but it didn't. Even mainstream news outlets like the Yahoo News, Business Insider, and CNBC didn't question the "Squid Game"-based cryptocurrency, despite it soaring by 83,000% in just a few days.

Of course, this isn't the first time scammers have taken advantage of a trend. Earlier this year, there was Mando, a crypto that illegally used images from Disney+'s "Mandalorian." And this certainly doesn't mean that it won't happen again either. It doesn't help that it's difficult at times to tell the difference between what is a legitimate cryptocurrency and what isn't.

Though there are ways to help guide you when it comes to investing in cryptos.

Advice for Crypto Investors: Stay out of the Animals

The SQUID coin situation is a perfect example of why not buy into hype. Even those who bought DOGE and SHIB at the height of their hype back in May were met with losses of 55% and 72%, respectively.

While these two cryptos are more legitimate, they function in the same manner as SQUID coin. These coins don't have a lot value aside from retail investors on Twitter and Reddit pumping the cryptos during times of hype.

Nick's advice: "If it's an animal or food product, don't own it."

But for those of you who might own cryptos like this, just know that they are like lottery tickets. Once you manage some gains off these, take those profits and roll them into quality investments that don't require you to constantly monitor it.

These coins are only valuable because people are pumping money into them without another thought. Eventually, those who hold a lot of the token on the rise will sell it back, and everyone else suffers for it.

This is exactly what happened with SQUID coin.

Navigating the cryptocurrency market can feel a bit like throwing darts at a board, especially when volatility comes to "crash the party."

That's why Tom Gentile, America's No. 1 Pattern Trader, developed a method for spotting winners in a little-known slice of the crypto market - through any market condition imaginable.

This corner of the crypto market is projected to get a $14.2 trillion boost in the next four years - and Tom's just the person who can show folks how to tap into it for the biggest potential gains.

Virtually anyone can do this, starting with as little as $100. We'll show you how, right here.