New cryptocurrencies hit the market every day, almost every hour. E-Crypto News estimates a total of 7,812 coins were added as of Jan. 20, 2021. 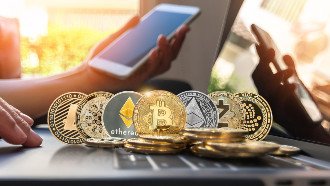 While a pool of new cryptos carries plenty of profit opportunity, it can be hard to tell which of those coins are real, which are scams, and which ones have any growth potential.

It's important to do research on what makes certain coins sustainable and what problems they aim to eliminate.

Basically, Japan takes the development of the coins very seriously. And it makes sense, since Japan is one of the most popular crypto countries in the world.

Crypto in Japan falls under the category "crypto assets" under law. That means it can be used as a means of payment transactions and exchanged with fiat currencies (Japanese Yen, USD).

And that brings us to one of the things going for Jasmy Coin. It's a certified Japanese cryptocurrency. You can check it off as legitimate.

More than that, though, Jasmy leadership may have what it takes to push this coin to new heights.

Jasmy Leadership Has a Game-Changing Plan

With so many coins diluting the market, good designs with legitimate business models are good indicators of long-term success.

Ando's vision of Jasmy is one for the people. He believes the Internet of Things (IoT)-powered fourth industrial revolution is the perfect opportunity to help people retake control of their personal information.

Many of today's network services are provided by giant performers like Google, Apple, Facebook, Amazon, etc. In return for using the service for free, we forfeit personal data like behavior history.

In Ando's words, "We aim to realize a data democracy by building a decentralized, democratic world [called Jasmy Platform] where data is protected as inherently owned by each individual."

Simply put, Jasmy is attempting to solve the problem of centralized consumer data. IoT data collected from our devices is sold to companies for stats and products on a regular basis. That data is on centralized entities, leaving it vulnerable to massive data breaches, inaccurate statistics, and more.

As consumers, we get almost no choice on how our data is shared, and Jasmy wants to solve this by decentralizing data using blockchain technology and allowing users to choose who they want to offer their data to.

It literally gives power to the people.

Ando and his team of ex-Sony executives launched the Jasmy initiative in January 2019 to accelerate adoption by working with companies willing to take lead on the project.

Since then, they've had time to fine-tune the platform.

Well, a couple giant companies were interested. They've partnered with Toyota and Witz.

Witz develops automated driving technologies and IoT for companies like Toyota and Panasonic.

Not only does this partnership bode well for Jasmy's future, but it's a testament to the quality and potential of its platform.

The use of Jasmy will help improve automated driving, while protecting the data of those individuals driving.

That means companies like Toyota will avoid situations similar to what Tesla found itself in last week, when it disclosed the driving record data of a car owner without their permission, causing an outlash of public ridicule.

With Jasmy's platform, it won't be possible for Toyota to release such records without consent from the individual.

It's also partnered with VAIO, Sony's laptop brand that distributes internationally - another strong indicator that Jasmy's platform is legit and versatile.

These three huge companies create an impressive list of early corporate partnerships for Jasmy. If giants like Toyota and Sony trust this platform, then more are sure to follow.

Jasmy is already trusted by big corporations, and it's designed with the people in mind, naturally gaining their trust.

Those are both very important for any new business, whether it's a crypto or not.

This crypto has the foundation and leadership to return a ton of money to early investors. It might be a great buy and hold.

However, even CNBC has recommended that investors proceed with caution - "3 questions to ask yourself before you invest."

And our in-house crypto leader has some questions of his own for you to consider. Question No. 1: Has Bitcoin quintupled in price this year? The answer is no.

But this smaller coin has.