That's a window to profits most people have never had before. Thanks to IPO Access from Robinhood Markets Inc. (NASDAQ: HOOD), ordinary people can now swim in the same waters as venture capital and other "preferred" investors getting stocks at IPO prices. 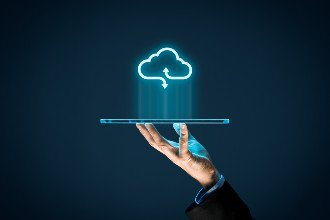 The platform has already shown the profit potential in IPO investing. Of the 14 stocks that were available on IPO Access in the last year, seven are still making a profit for IPO investors. And five of those seven still have gains of 50% or more.

In other words, nearly half of the IPOs Robinhood decided to share with retail investors have made at least 50% so far.

We're going to take a closer look at Backblaze stock to see if it's part of that winning half.

First, here's the lowdown on the Backblaze IPO...

Raymond James, Oppenheimer, William Blair, and others will be in charge of making the IPO happen.

You can search the Backblaze stock ticker "BLZE" on Robinhood right now for a chance to receive shares at the IPO price.

Robinhood users can also check out the prospectus from the SEC filing while there. It contains helpful information like the company's mission, its intentions with the IPO, and details surrounding the business model, dividend strategy, and more.

While companies don't often offer entire financial reports this early, a prospectus might still offer some helpful breadcrumbs to help decide whether the company is a buy.

Profit numbers are always useful in that case. When those aren't available, revenue growth comes in handy.

And when all else fails, a big-picture look at the company's business model will do the trick.

What Is Backblaze Inc.?

Backblaze Inc. provides cloud storage and data backup for both individuals and businesses. It was founded in 2007 and has grown to have data centers in California, Arizona, and the Netherlands.

Its products are offered via monthly subscription, similar to Google Drive or Dropbox, except the purpose is more for continuous storage rather than manually saving specific files. It's more of a heavy-duty backup service that will come in clutch for business record-keeping.

Backblaze offers different tiers for subscriptions - not only for additional storage space, but additional services like file versioning, history, and the ability to restore files with digital downloads or external drives.

Its bigger cloud product, B2 Storage, plays more of an Infrastructure as a Service (IaaS) role, similar to Amazon Web Services or Microsoft Azure. This can essentially provide the "bones" of an enterprise, the basis for all the company's digital operations.

Now, we know that the cloud computing industry promises to be a massively profitable industry in the long run. It's just a matter of which company you're talking about.

Turns out, though it's not profitable now, Backblaze has been profitable previously. That alone is huge when considering whether a company can compete in the cloud computing industry.

Its current net loss, $7 million, is entirely manageable in the grand scheme of things.

If you had to guess, you would not first assume that a company this young managing data centers would be profitable. It's a costly operation. When a company is this close to profitability, it goes a long way in speaking for the leadership behind this project.

Plus, the company is growing fast. The prospectus reports about 500,000 customers and counting. That has amounted to $64 million in annual recurring revenue. The company's revenue has increased 32% year over year, the B2 Storage infrastructure leading the charge with 66% growth.

Net revenue retention is 110%, meaning it has not lost customers in terms of revenue - it has been able to upsell them. It was 130% for the Storage segment and 104% for the Computer Backup segment.

Now, remember those are just the early numbers for this company, and the cloud computing industry is changing fast.

Here's the verdict on Backblaze stock.

Should You Buy Backblaze Stock?

People will also want to keep that cloud information safe - ransomware reports increased by more than 700% year over year in the first half of 2020. That demand can be met by Backblaze's encryption capabilities.

The cloud computing industry could look totally different by 2030. But that doesn't mean you should completely ignore cloud companies as they are today. In fact, the companies best able to set the foundation for a later time will be the most successful.

That said, you have to wonder about any new tech company's ability to compete with the Amazon.com Inc.'s (NASDAQ: AMZN) and Alphabet Inc.'s (NASDAQ: GOOGL) of the world.

These offer very similar services and have successfully scaled them worldwide, acquiring enormous government and industry contracts along the way.

Of course, both AMZN and GOOGL are generalists, which creates an advantage for niche players. For example, trusty encryption can make a name for Backblaze and help it grow in a grassroots way - customers love the product.

That doesn't stop tech giants from wanting to acquire a company like this. But that also makes for a potential payout to investors in the event of an acquisition.

Given the success this company has had this far, its availability on Robinhood, and the future growth of the cloud computing industry, see if you can snag some Backblaze IPO shares.