We're in the midst of a modern race to space. When it comes to investing in the final frontier, these are some of the best space stocks to buy now. 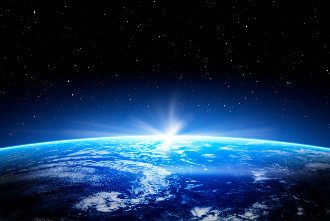 While billionaires like Bezos, Elon Musk, and Richard Branson attract most of the media's space coverage, there are 5,582 other space-focused companies in the United States competing to unlock unprecedented human access to space. And there are more than 10,000 internationally.

Don't let the billionaires' race to space distract you from the advancements that can be made with regular space access.

Whether it's a flight from New York City to Beijing in 40 minutes, developing more advanced global communication systems, or a defense contractor keeping up with the nation's adversaries, the untapped potential of access to space translates to huge gains in the market.

That's great for us as investors, but it's hard to distinguish which of these stocks are a space play with real potential.

While stocks like Branson's Virgin Galactic Holdings Inc. (NYSE: SPCE) have turned into washed-up meme stocks, we've uncovered a few space stocks to help you get a piece of one of the fastest-growing industries in the world.

So, here are three of the best space stocks to buy now...

Although Musk's SpaceX isn't a publicly traded company, some well-known companies are getting involved to help finance and join its ambitious goals.

Some of these partners, however, are more interested in cell phone service and Internet bandwidth than space exploration. One you're surely familiar with is Alphabet Inc. (NASDAQ: GOOGL). It's been a longtime investor in SpaceX.

Back in 2015, the multinational tech conglomerate invested $1 billion into SpaceX.

Harrison has since joined the board of SpaceX.

At the time, Musk told Bloomberg: "Our focus is on creating a global communications system that would be larger than anything that has been talked about to date." His statement on Google's investment shed light on the nature of their partnership.

Back in March, more on this came to fruition when Google announced it signed a deal with SpaceX to use the company's growing satellite-based broadband Internet service, Starlink, with its cloud unit.

SpaceX is currently leading the satellite broadband race. And with Starlink, it looks like it will only continue to grow. Morgan Stanley analyst Adam Jones anticipates it to have a higher valuation than Tesla, which has a current market value of $858 billion.

Google is already ahead of Amazon in the race to control the mega-fast and accessible satellite Internet service. It has the platform and resources to thrive.

While SpaceX privately launches rockets to space, there's an under-the-radar company launching rockets into space with stock you can buy now.

If you heard five years ago that Richard Branson was racing against Jeff Bezos and Elon Musk just to say they were the first billionaires in space, you'd think it was crazy.

Even while watching the space race happen, the public thought so too.

Analysts assumed a successful mission would boost SPCE stock, but it did the opposite. The public didn't see the benefit in this billionaire's competition.

In fact, it saw it as a waste of resources, and Virgin Galactic's stock dropped almost 50%.

That brings us to Rocket Lab USA Inc. (NASDAQ: RKLB).

The Long Beach-based company went public after a merger with technology investor Vector when it was one of only two private companies regularly delivering reliable access to orbit, and it continues to do so.

Not only does it have a history of sending rockets to space, but its Electron rocket was the first reusable small-launch vehicle used on the market.

Contrary to most special purpose acquisition company (SPAC) IPOs, Rocket Lab came onto the public market with a product that is constantly delivering rather than mere goals to deliver in the future.

Its revenue reflects that growth and success too, up more than 200% from last year.

As it continues to grow, it continues to ink huge deals with partners like Varda Space Industries, NASA, and Space Force that will use its technology to help both sides blast off into the future.

Access to space isn't just a race in the United States - it's international. You bet there are countries figuring out how to weaponize it.

With that, one of the safest bets in this new market is defense tech.

In recent weeks, governments in China, North Korea, and Russia have all claimed to have successfully tested hypersonic missiles.

These successful missions put a fire under the United States' defense sector to prove it's capable of the same feat.

Sure enough, a key U.S. defense supplier used its own technology to test an ultrafast missile for the Air Force. That news came as the firm's earnings per share jumped 125% in the last quarter with way more upside.

The development of successful hypersonic weapons has become a new part of Space Race 2.0. They use the same idea as the 40-minute flight from New York City to Beijing - you let the Earth do the moving.

This is particularly tricky for weapons because they must reach hypersonic speeds of over 5,800 mph to reach escape velocity (about 25,000 mph). Most hypersonic craft fly high, but not that high.

For that reason, most hypersonic missiles are designed to carry nuclear warheads and don't leave the atmosphere. They can be fired from land- or sea-based platforms, and they're so fast and smart and maneuver so well that they're difficult to target, making them tough to defend against.

However, the U.S. military has already undergone trials for anti-missile systems to counter these new weapons.

When Raytheon Technologies Corp. (NYSE: RTX) merged with United Technologies, it became the undisputed leader in missiles and anti-missiles for the United States.

As the world enters this hypersonic future, the United States will rely on Raytheon to help keep it up to date and safe.

Raytheon stock is outperforming the market too, up by 56%. Last quarter, earnings jumped by 125% and are expected to close the year up 50%.

Money Morning Defense and Tech Specialist Michael A. Robinson believes RTX will double in the next three years. You can read more about why Raytheon is a stock to buy now here.

Will This Be the Nasdaq's Biggest Winner of 2021?

This tiny EV stock is on a roll. After dominating the foreign exchanges, it's primed to be one of the biggest - if not the biggest - winners on the Nasdaq.

Now one of the biggest oil companies in the world is throwing everything it's got into this new startup before it goes public.