Right now, we're in the microcurrency sweet spot. That's why the market is growing exponentially. And as these microcurrencies continue to evolve and become more useful, their value will grow.

Not every microcurrency is worth investing in though. Sure, there are some fantastic microcurrencies out there. But there are plenty of duds... 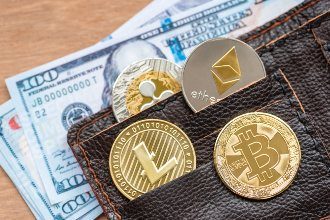 When it comes to finding the best microcurrencies to buy, it's all about identifying patterns. The trouble is, these patterns go unnoticed in the average market analysis. You've got to know just where to look to find them.

Money Morning's Tom Gentile can do just that. In fact, this year alone, Tom's average trade is up 77%. He's amassed millions of dollars trading cryptocurrencies using this very strategy. And he believes this method is so powerful that it can find a "new Bitcoin" for every industry.

In other words, it can predict the top microcurrency winners in over 60 industries with incredible accuracy.

So, how does he find these patterns? Let's find out...

The Pattern Behind Profitable Microcurrencies

What Tom's done is create technology that finds the invisible trading patterns that go unnoticed by other computerized trading platforms.

Once he has the microcurrency picked out, Tom vets it to make 100% certain it's a legitimate investment opportunity.

He won't recommend a microcurrecny if it's not tied to a big industry with real world use, if it's not experiencing massive adoption, or if it's not backed by substantial flows of money and has high demand.

Each vetted microcurrecny must meet these three requirements.

And over the past three years, he's been giving recommendations to a small group of traders for an 82% win rate in the model portfolio.

So, what makes it so accurate?

Well, the artificial intelligence component of Tom's system discovered something that even he didn't expect...

The crypto market is not just about patterns; it's about fractal waves.

Fractal waves are unique mathematical patterns that can be found just about everywhere in nature. Engineers and scientists use them to design modern buildings, life-saving medical treatments, and nano-electronics.

And these fractal waves can be applied to financial markets too.

The Key to Finding the Best Microcurrencies to Buy

Created by intense price swings, these fractals waves are so tiny they go undetected in everyday market analysis. But Tom's technology finds them.

Essentially, his system looks for two kinds of fractal waves.

One is called the Long-Term Currency Wave. This wave smooths out the price action over a long time frame, typically 30 days.

The other is the Short-Term Currency Wave. It smooths out the price over a shorter time frame, typically a few hours.

When these two wavelengths meet and cross, there's an 82% chance the microcurrency is about to skyrocket.

Take XTZ, for example. When the lines crossed, XTZ took off and in just three weeks smashed Bitcoin's return by four times over the same time period.

This was the case for a number of other microcurrencies his system targeted as well.

Back on March 29, the Long-Term and Short-Term Currency Waves appeared for BCH. Then they crossed right there. After 36 days, it smoked Bitcoin's return for a profit 12 times higher. So, for every $1,000 made on Bitcoin, BCH would have returned $112,660 instead.

The key here: It's all about consistency.

When the two lines cross, there's a high probability the coin's price will soar.

And this same pattern has been spotted in two new microcurrencies. The long- and short-term waves have crossed, indicating these two coins are about to jump.

Tom believes both give you a shot at 10-times returns within weeks.

And you can learn more about both of these microcurrencies by clicking here.