Gaming is in the middle of one of its biggest transformations in decades, and Gala coin is right at the center of it. Globally, this is a $155 billion industry, which is why a crypto connected to it is exciting so many investors. Our Gala coin price prediction will show you whether it's worth the buy... 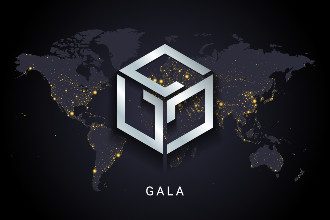 Gaming has transformed many times in the last 20 years. From physical gaming mediums, to cartridges, to cloud-based downloads, to the current new wave: NFT-based gaming ecosystems.

More gaming companies are embracing the NFTs and a blockchain gaming future, but it's something Gala Games has been building since 2019.

The blockchain gaming developer allows gamers to use unique NFT characters in gameplay and aims to build an ecosystem of blockchain games powered by a large, independent blockchain node network.

Was it a victim of momentum traders, or are these gains a sign of what's to come?

Let's take a look at the future of Gala Games and what its growth means for our Gala coin forecast...

What Is Gala Coin?

GALA (GALA) is the utility token of gaming and NFT platform Gala Games. It has a fixed maximum supply of 50 billion units, 7 billion of which are currently in circulation.

The cryptocurrency serves as the primary digital asset inside the Gala Games ecosystem for several purposes. This covers in-game purchases, peer-to-peer payments, and rewarding nodes, among others.

Tokens can be used at the fully fledged NFT store, where items are divided into rarity classes.

While it has a set maximum supply, about 17.1 million tokens are released and distributed each day. Each year, the distribution of GALA tokens will be further halved, similar to the way Bitcoin is.

The most important part of GALA coins is Gala Games' network. It's the vehicle it needs to succeed.

Play-to-earn and blockchain-powered games with player-owned assets aren't entirely new, but Gala Games has a few unique properties to help separate it from the increasingly crowded space.

The platform also offers close to half a dozen games in its development roster. From RPG games to space exploration games, tower defense, and more, the Gala network has plenty of block-powered experiences for players to explore.

The built-in store on the network makes it easy for players to buy and sell in-game items from its marketplace. This allows players to easily source liquidity for their game spoils or purchase new items and characters to improve their performance.

Many of these items are exclusive and create their own demand.

Perhaps the most important aspect of the Gala Games network is its community empowerment. The development team and operating staff constantly engage with the community to determine which games or features are most sought after.

This ensures that resources are used to deliver a better experience to the 1.3 million active users that engage with the platform every month.

That user base is another huge difference with Gala Games' platform. Most play-to-earn games have a player base that numbers in the tens to hundreds of thousands. Gala Games' millions of users blows that out of the water, and it continues to grow.

So, will its growth turn into growth for the Gala coin price?

Gala is a relatively small but fast-growing blockchain project with a market cap of about $800 million.

It's been on a bullish run the last few weeks with gains reaching 542%, so you can expect a slight dip on the horizon.

However, its potential in the play-to-earn space and its massive user base should keep the coin overall trending in the right direction.

Some analysts are looking for the coin to reach $4.72 by 2030, according to RippleNews.

If Gala Games can continue to build its network and user base the way it has, that could be a conservative forecast.

In the meantime, there are some even juicer opportunities in the crypto world than GALA...

There are two tiny coins from a whole new class of cryptocurrencies, and they could very well crush Bitcoin's performance by 10X over the year ahead.

lol, on the day of publishing this article, the GALA price has already exceeded the 2022 target set for next year.