The crypto market is moving at breakneck speeds, and we aren't talking just the price movements. It's the innovation too.

Avalanche (AVAX) is the latest crypto to claim to fix lots of problems plaguing the crypto community. And it's been rewarded with a double in coin price over the last month.

We're going to show you if this crypto has real promise or is another flash in the pan with our Avalanche price prediction. 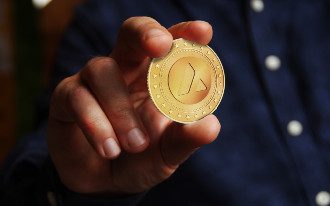 You see, cryptocurrencies are notoriously volatile assets, and even those at the top of the market are vulnerable to rapid fluctuations.

Most newly designed cryptos aim to eliminate problems those established coins have as constant development and innovation could lead to eventual stability.

Whether it's transaction fees, scalability, transaction limitations, regulatory problems, the list goes on... But like anything new, experience and time breed solutions and improvements.

It's no secret that the leading cryptos are tremendously energy intensive. This raises concerns over long-term sustainability.

It already has a few significant partnerships under its belt and a platform that can be utilized in several applications.

Let's take a look at the coin that defied a market-wide crash to become the tenth largest crypto on the market.

What Is the Avalanche Crypto?

These are the key components to Ava Labs' Avalanche platform.

Launched in 2020, it's extremely fast with low latency, has high throughput, is highly scalable, and is similarly robust to Nakamoto consensus.

How fast is blazingly fast?

Avalanche offers Visa's level of throughput with 4,500 transactions per second per subnet, and transactions are finalized in under a second.

When Bitcoin launched in 2009, few people were using it, so technical limitations didn't matter as much. Today's blockchain landscape has changed drastically, and that scalability presents problems for those older established networks.

Decentralized finance (DeFi) apps now hold well over $100 billion in value, and that growth is causing network congestion and outages for smart contract-enabled blockchains like Ethereum and Solana.

This lead to engineers developing ways to get around the slow speeds, which lead to the development of a layer 2 scaling solution, which most Ethereum apps now deploy to remedy the situation.

This takes transactions away from the main Ethereum chain, bundles them, and sends it back to Ethereum. It helps to relieve some of the pressure, but adds an element of complexity that can compromise security.

Avalanche, on the other hand, is a platform of platforms. It consists of thousands of subnets that form a network of many blockchains.

By utilizing three different blockchains under one layer performing at an Internet-scale, it's designed to remain functional in a future where crypto is a global backbone technology.

It's a fundamentally new approach to achieving consensus with the goal of creating a flexible, scalable, and usable blockchain system without sacrificing security.

Because of this design, Avalanche doesn't require expensive, specialized hardware to participate in the network as a validator. The computer you're using right now - or even the one gathering dust in your basement - would work.

Along with being the fastest platform in the blockchain industry, it's the cleanest.

Why the Avalanche Price Is Soaring

Perhaps the biggest news on Avalanche came out last week, when Ava Labs announced a partnership with Deloitte.

The largest accounting firm in the world that provides services for nearly 90% of the Fortune 500 and Avalanche have formed a strategic, federally approved partnership.

This strategic alliance with Ava Labs is the first step in developing a new disaster recovery platform that uses the Avalanche blockchain to help state and local governments in federal emergency funding.

The "Close as You Go" (CAYG) platform could play a critical role in helping leaders prepare to validate documentation necessary for funding in such scenarios while minimizing fraud, waste, and abuse.

The Congress of the Mexian State of Quitina Roo became the first government entity to utilize Avalanche. The platform will be used for the digital certification of legislative documentation, working through the correspondence and file management system.

These are two examples of the rapidly growing Avalanche ecosystem.

This technology is still so young, we're still learning other ways it can be applied.

Right now, Ava Labs is on the cutting edge of that.

Why the Avalanche Crypto Is Sustainable: Proof of Work vs. Proof of Stake

Proof of work consensus is used to determine if a transaction is valid. It's designed to eliminate hackers or people trying to spend the same funds twice. But it requires advanced math called cryptography (hence cryptocurrency).

Cryptography is so advance and intricate that only powerful computers can solve the equations, and that's exactly where giant transactional costs come from. No equation is ever the same - once it's solved, the network knows the transaction is authentic.

These super computers burn a ton of energy in as they try to solve all of these equations. Meanwhile, the calculations drastically slow down transaction speeds because the computers need time to go through thousands of possibilities.

Proof of stake blockchains employ a network of "validators" who contribute - or "stake" - their own crypto in exchange for a chance of getting to validate a new transaction.

It's a consensus algorithm that decides who validates the next block based on how many coins you have. The validator receives a small fee that pales in comparison to the super computers pumping away at decoding millions of potential crypto equations.

As Avalanche grows and takes on new applications, its high multi-functioning design will continue to evolve.

Analysts also recognize the potential in the coin that has already experienced 3,000% gains in the last year alone.

Coin Price Forecast is more bullish with its projections, expecting AVAX to hit $694 by next year, reaching as high as $3,650 by 2030.

This coin has tremendous infrastructure, and with a rapidly growing ecosystem, it looks like it will only continue to climb.