Nubank stock is going public, and retail investors will have a chance to get in early through Robinhood's IPO Access program. Nubank might be on your radar since Warren Buffett put $500 million into the company, catapulting the Brazilian neobank onto the radar of American investors. 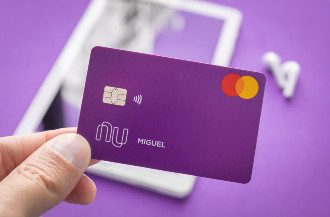 This was a clear sign to jump on board, but what's so special about this company?

For starters, it has 48.1 million customers, making it one of the largest digital banking platforms... ever.

Still, Nubank recently cut its goal valuation by 18%, down to $40 billion. While this would usually be cause for concern, I believe the company is just playing it safe.

We've seen what happens when stocks overshoot their IPO targets, and it usually leads to a rocky start. Uber Technologies Inc. (NYSE: UBER) and Braze Inc. (NYSE: BRZE) each made this mistake, and both companies watched their stock prices plummet in the week after listing publicly.

The rise in Treasury yields is causing investors to shy away from tech stocks, in favor of less risky government bonds, too. And the omicron variant of the COVID-19 virus threatens to extend the pandemic even further.

NU updated its price range to reflect these events, which actually bodes well for the company. Adapting to economic trends this quickly will help it perform well on the stock market.

Here's why I think you should buy the Nubank IPO, starting with what the company does...

What Is Nubank Stock?

Though most American investors are unfamiliar with Nubank, it's wildly popular in South America due to its accessibility, product design, and customer service. The company noticed a large population of underbanked consumers, and the rest is history.

As a mission, it claims to put customers in control of their own finances. A fully digitized model gives consumers the freedom to do whatever they want with their money. You can pay bills, receive direct deposits, transfer money, and more. Debit cards have contactless (digital) and physical versions to suit every kind of customer.

Opening an account is free, and it promises no hidden fees. It also features standard safety and security practices that aim to protect customers from theft and fraud.

The company launched in 2013 and hit the ground running with its first product: Nu Credit Card. It offers the global usability of Mastercard without annual fees. As of now, NU is fully digital and offers a wide range of services including personal loans, life insurance, traditional savings, and checking accounts.

NU provides undeniable value to its customers, but will investors profit from it?

The Brazilian neobank - a direct bank that operates exclusively online - is currently valued at $40 billion and is planning to offer 290 million shares, priced at $8 and $9 each. Right now, its IPO projection sits at $2.5 billion.

Grand View Research predicts that the neobanking market will be worth $722.6 billion by 2028, from $47.1 billion in 2021. The top factors driving this growth are the enhanced convenience over traditional banks, the huge pandemic-powered shift toward digitization, and lower interest rates.

Additionally, NU just announced its first half-year profit in its home market. From January to June, the company doubled its net income to $13.7 million after attracting more customers to its credit card. For comparison, it had seen a $16.8 million net income loss during that time last year.

According to market expectations, Nubank is right on track. Most investors are fine with a slow start but demand profitability sooner than later. Despite a drop in monthly users for the neobank industry, Nubank continued to grow its user base and jumped from 30 million users in 2020 to 48 million in 2021.

The forecast for the company is bright, based on the numbers. However, there are risk factors to consider. According to NU's registration statement, its growth predictions rely on the success of an international rollout. If that fails, profit projections could fall short.

Where and How to Buy Nubank Stock

Alternatively, you could buy shares of NuBank on the Robinhood IPO Access platform. Just look for the Nubank stock symbol, "NU," and select the amount of shares you want to buy. Investors who get in early will have the advantage of low share prices before they explode on the first days of trading.

Why Nubank Stock Is the Best IPO Buy Right Now

While you should keep tech stocks in your portfolio, the foreseeable future looks bleak for much of the industry. The global supply chain crisis and high treasury yields will result in an unpredictable, volatile market.

And as of November 2021, the impact of this crisis has started to reach Latin America. Companies are paying around $20,000 in shipping costs that were only $2,200 before the supply chain shortage began.

To weather a storm, you'll need to invest in long-term earners with the potential to thrive in an economic productivity slowdown. The Neobank industry is a strong contender in general, but Nubank's economic agility and super low share prices specifically make it a must-buy for the 2022 new year.