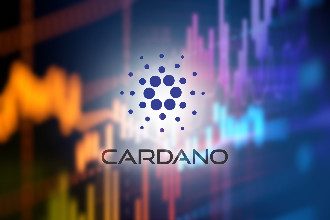 Cardano (ADA) is one of the biggest cryptocurrencies on the market. But if you haven't invested yet, you aren't too late. Our Cardano coin 2025 price prediction will show you why now is still an excellent time to buy into this project.

Cardano is the sixth largest cryptocurrency in the world right now, and it's primed to bounce higher in the coming months.

Before we reveal our ADA price predictions, let's take a look at what makes Cardano so interesting...

Charles Hoskinson, the creator of Cardano, is no stranger to growing cryptocurrencies. As a co-founder of Ethereum, his credibility and experience speaks for itself.

When Hoskinson and his team started the Cardano project, they realized that in order to make something revolutionary, they had to reevaluate the way the world works.

They decided to ignore the way Bitcoin or Ethereum were built. They didn't want to necessarily improve those designs, they wanted to create something entirely new.

They started by asking themselves basic questions and worked from there.

In Hokinson's opening Keynote for Cardano, he told almost 10,000 subscribers the first fundamental question was, "If we want to create a cryptocurrency that can scale to billions of people, how should that foundation work? What should be the heart of it?"

It was eventually decided they needed to create something that became more decentralized over time - the bigger it gets the faster it gets.

They created a system that is multifunctional, and many analysts are calling it the best network technology to date.

Cardano is a blockchain network using its own coin, called ADA.

Its network is designed in a way that securely stores information for many uses.

In finance, it aims to be a decentralized system that could bring banking to people anywhere in the world. It can be used in agriculture to trace the origin and quality of products. In healthcare, it can track the origins of pharmaceutical products, making it harder to counterfeit medications.

It can also handle a high volume of transactions per second (TPS). While Ethereum handles about 13 TPS, and Bitcoin handles about 7 TPS, Cardano can handle up to 250 TPS.

That solves one of the biggest problems with using cryptocurrencies: slow transaction speeds.

That's just the beginning; it's currently in the process of upgrading to a layer-two solution that will boost its TPS significantly. The Hydra upgrade could improve network performance to reach up to 1 million TPS.

The upgrade should massively increase Cardano's scalability, thus working toward its original goal of being the most scalable cryptocurrency network in the world.

It also built an eco-friendly network. Thanks to the use of a proof of stake systems, the network consumes only 6 GWh of power per year. That's comparable to 2 power plants worth of energy a year, while Bitcoin uses more energy than all of the Netherlands yearly.

A huge element that will drive Cardano's growth however isn't in its scalability or its energy efficiency, but in its constant development process. It's a peer review based platform designed to allow its users to evaluate any potential change. It's designed "for the people," and it was the first of its kind.

As its users determine necessary change and its user base grows, it will become an independent network.

Its developers created a five-phase program with the goal for Cardano to eventually become a 100% self-sustaining platform.

Analysts think it's one of the most well designed networks available right now, and it's undervalued.

But these predictions are all too conservative according to our own experts.

While ADA is a foundational buy for just about any crypto investor, you want to keep building your portfolio from there.

Which is exactly why our resident crypto millionaire just went live for an emergency summit.

We covered everything you need to know (and act on) right away. We even have two new coins locked and loaded - each with the potential to lap Bitcoin 10 times over in the coming years.

It's all right here - watch now.