Web 3.0 is one of the hottest topics in the cryptocurrency market now. It could change how we think of the internet.

And that's fueling the Flux coin price prediction today. Flux could play a major role in the development of Web 3.0. 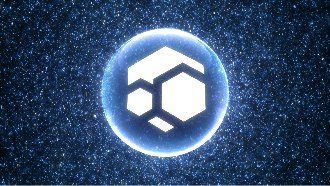 A peer-to-peer cyberspace, Web 3.0 aims to make the internet a more open source to avoid hacks, leaks, and dependence on one centralized unit.

Part of the same movement, Flux has received attention for its scalable, decentralized cloud infrastructure.

Let's take a further look at what Flux is doing to bring about a new kind of internet - and what that means for the Flux coin price.

Flux is a crypto offering a decentralized cloud infrastructure. It spiked last week when it announced its listing on Binance, one of the top cryptocurrency exchanges.

It was established under the name Zelcash in 2018, then rebranded to Flux in March 2021.

The rebrand is in line with the company's idea that "change is constant and needed in any developing disruptive technology."

They believe that if you're not learning and changing, you won't come out on top in the crypto space.

Designed to be a stronger alternative to similar centralized services like Amazon Web Services (AWS), its ecosystem revolves around its native token, FLUX, which operates as a proof of work consensus.

It provides developers and users with a user-friendly, decentralized platform that will enable them to build and post decentralized applications (dApps) on the Web 3.0.

It revolves around two major tools, FluxOS and Fluxnodes. FluxOS is an operating system through which users can take advantage of Flux's storage and app hosting.

Fluxnodes are what keep the apps running 24/7 around the world. If you own FLUX, you can be a Fluxnode operator and supply data and services through the apps.

It's also designed for fair mining. Since it only requires 3 gigabytes of GPU RAM, it's easier to mine than Bitcoin and Ethereum. This makes it so big mining operations will be unable to price out smaller miners from the network, which benefits from more decentralization.

With its vision of a decentralized future, the Flux team made the network community driven. The Flux community is able to participate in the decisions that will determine future changes to the network and its entire ecosystem.

This loyalty to its community sets Flux apart from a lot of other initiatives in the crypto industry and will continue to promote its growth.

Why Flux Is a Good Investment Now

In an industry that's grown to a trillion-dollar market value, projects that offer real change and progress are what will help the rate of adoption and will help continue to propel the industry forward.

Lack of innovation actually neglects the vision of decentralization, and Flux is on the side of pushing forward and disrupting the space.

It's held true to that value, constantly improving since its deployment in 2018. The ecosystem is fully transparent, with new developments weekly. This has helped the network reach milestones quicker than anticipated, and it expects that trend to continue.

In 2022, Flux is prepared to introduce several new assets to help propel its network forward. It will also launch an NTF feature, one of the hottest trends in the crypto space.

All in all, it's one of the fastest growing and more innovative platforms in the industry.

Following the announcement that it would be available to trade on Binance, Flux coin surged to $3.96, more than triple the $1.22 it was going for the previous day.

It's since leveled back down to $1.50, but that's still up over 260% from early October, and we have reason to believe it will start trending again.

According to CoinMarketCap, Flux has a supply cap of 440 million coins, 221.55 million of which are currently in circulation.

The swing in predictions is a testament to how unpredictable the crypto market is. It's important to understand the function behind up-and-coming coins and networks. The more you know about a coin's design, the clearer the outlook on what it can offer the market in the future.

Two Stocks, One Crypto: The Metaverse

The metaverse is creating a new world... from artificial intelligence to the Internet of Things, even cryptocurrencies and augmented reality.

The transition will take billions - $753 billion to be exact.

Three small players - two stocks and one crypto - are rumored to reap the heftiest rewards.

Each one is trading for less than $30. Click here to learn more...