The best penny stock to buy today is a low-risk, high-reward play that offers the potential to land gains up to 700% or more over the next 12 months. 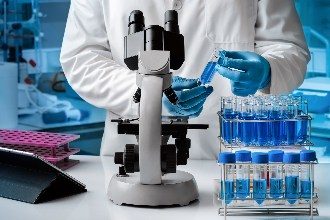 Typically, penny stocks can move much faster and pack much bigger gains than their giant counterparts. They're also not as well-known. And today we're bringing you a small medical technology startup that's been beat down since its IPO back in 2018.

While it's ideal to invest in a company with a sound business model and real growth potential, startups can be a but trickier to navigate. It's difficult to invest in an idea rather than a physical, marketable product. And it's even more difficult to measure the potential success of an idea.

But this startup is inching closer to having its products with the market, which could give it a boost that you can reap the benefits.

Today, we're talking about Unity Biotechnology Inc. (NASDAQ: UBX) and why it is the best penny stock to buy right now.

What Is Unity Biotechnology?

Founded in 2011, Unity Biotechnology develops treatments that prevent, halt, and even reverse various diseases that are a result of aging and a build of senescent cells. These are cells that eventually stop multiplying but don't necessarily die off when they should.

Instead, senescent cells eventually release chemicals that can trigger inflammation. It's similar to how one slice of moldy bread ruins the whole loaf - a small number of these cells can spread inflammation that damages surrounding cells.

This is where Unity Biotechnology comes into play: It helps clear out the old cells - or modify them. Senescent cells release compounds that are important throughout our lives, like during embryonic development, childbirth, and wound healing. And Unity Biotechnology harnesses these compounds to prolong the period of one's life unburdened by diseases.

To do this, the company focuses on creating senolytic medicines that target and clear out these malfunctioning senescent cells while leaving normal cells unaffected. The firm focuses on age-associated diseases such as osteoarthritis, eye diseases, and pulmonary disease.

It also works on preventative treatments for cognitive diseases such as Alzheimer's - this is where Unity Biotechnology's real untapped potential lies.

Alzheimer's disease is the most common cause of dementia among the elderly, making up between 60% and 80% of cases in France, Germany, Italy, Japan, the United States, the UK, and Spain. It's a global market that's expected to hit $25 billion by 2027 - growing 17.5% per year.

Much of that is pushed along by the aging Boomer population and an increase in the prevalence of Alzheimer's disease.

In 2018, according to Alzheimer's Association, an estimated 5.7 million people in the United States alone, who are 65 or older, are living with Alzheimer's disease. And this number could reach as high as 14 million by 2050.

When you zoom out, that number becomes almost stifling. The World Health Organization reported that an estimated 50 million people worldwide currently have dementia - and there are nearly 10 million new cases every year. Out of all those suffering from the cognitive illness, Alzheimer's disease affects between 60% to 70% of them.

As Unity Biotechnology continues to place more focus on senolytic programs in ophthalmology and, particularly, neurology, the company stands to claim of slice of this massive market for itself.

Why UBX Is the Best Penny Stock to Buy Now

The biggest snag when it comes to Unity Biotechnology is that the company has yet to turn a profit since it doesn't have any products to market. But this is expected for most startup companies.

There's no value to the stock until the company's treatments are proven to be effective. Once Unity puts out a product that can be used, then it could turn itself around and, in turn, the company's overall value could increase.

Right now, the company's drug, UBX1325, which is used to treat ophthalmologic diseases like diabetic macular edema and age-related macular degeneration, is halfway through the phase 2 trials. So far, all studies are showing good signs of patient improvement in vision and overall safety of the drug.

The company also just announced an exclusive licensing agreement with Jocasta Neuroscience to continue development of the a-Klotho program. And the a-Klotho program is Unity's key to developing UBX2089, its treatment for cognitive disorders such as Alzheimer's disease.

While the company doesn't have much to show for at the moment when it comes to revenue, this will change once Unity Biotechnology has a product that hits the market - which could happen by the end of 2022.

When UBX stock went public back in 2018, it traded $16.75 per share. For a company that has not yet proven itself, that's too expensive.

But at its current price of $1.40 per share, UBX stock is right where it should be.

This is a low-risk and high-reward play. The price is so cheap you don't have to risk much money to buy shares. And if it gets an effective product out next year, the shares could skyrocket higher.

Analysts at CNN have three different price targets for UBX stock, all of which are promising.

At the lower end, the company could move up to $4 per share for potential returns of 189%. And at the higher end, should the clinical trails go exceedingly well for Unity Biotechnology, you could see UBX stock hit $12 per share - a massive gain of 769%!

If you're looking for a low-risk and high-reward play, then UBX stock is one to consider.