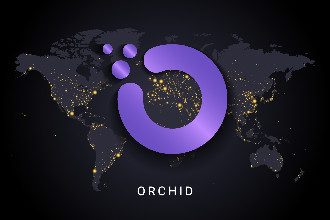 Some are flocking to a cryptocurrency for that. And it's a large part of what's driving Orchid crypto price prediction for 2030.

Orchid (OXT) happens to be one of more than 50 VPN services available, but it's the first built on a blockchain. It's changing how we think about the technology.

Let's take a look at the crypto powering the network and where its price could go.

Orchid is a crypto-powered VPN service built on the Ethereum blockchain.

Founded in 2017, its creators believe that harnessing the power of the blockchain can result in the best and most secure VPN experience for users.

They set out to eliminate the most important problems classic VPN services face, mainly security.

With other providers, the user's data is collected on a central server where it's vulnerable to hackers or scrutiny from government agencies. It almost defeats the purpose of a VPN.

Orchid's protocol takes care of this problem by allowing users to buy bandwidth from a global network of providers. The result is a decentralized, secure, and scalable VPN.

It's a pay-per-use service, so users only pay while they're using the VPN. When you're not using it, you can turn it off, and there are no charges or monthly fees.

This is different from most VPN services which charge an annual fee. For example, SurfShark, one of the cheaper options, charges about $2.50 a month to have access to its network.

Orchid's VPN is also more complex than other VPNs available. If you're on the network and don't like the provider or connection you're operating through, you can simply reconnect and get randomly assigned to another.

Another new feature Orchid's VPN offers is the ability to connect unlimited devices to the network. Other VPN services have a cap on how many devices can use their network.

Big names in tech recognize the potential in Orchid's network.

CNet said, "This is the future of VPN tech looks like. And you gotta see it."

TechCrunch thinks Orchid is taking a step toward the future too, saying, "In a world where one assumes the Cambridge Analytica scandal is merely the tip of the iceberg when it comes to data abuse, it's easy to see the project's appeal."

It's worth noting that Orchid's five founders have interesting backgrounds. It includes longtime experience in digital currency investments, a former Ethereum Foundation developer, and Brian Fox, the man credited with building the first interactive online banking software for Wells Fargo.

It's reassuring to know who is behind huge projects with the potential Orchid has, but it's also good to have a basic understanding of how it operates.

How the Orchid Token Works

Orchid enables a decentralized VPN by allowing users to buy bandwidth from a global pool of service providers.

This is where its native token, OXT, comes into play.

Orchid users connect to bandwidth sellers using a provider directory, and they pay using OXT through what they call "probabilistic nanopayments."

It sounds more complicated than it is.

Nanopayments are tiny payments that transmit value as they move. You can turn on or off at will, hence only paying for the service the network provides while you're using it.

Nanopayments also keeps the Ethereum transaction fees acceptably low. They're compared to flickering the light switch on and off, rather than permanently keeping the light on.

Anyone can be a provider and operate an Orchid Node, but they must stake OXT to be eligible. The more OXT that is staked, the greater the chances of reward in the network.

It operates as a peer-to-peer bandwidth market and is run in an entirely decentralized manner with no reliance on any central party.

The currency is tied to consumption of bandwidth on Orchid, but it also incentivizes operators toward benefitting the network. This helps to constantly improve the network from within its community of users.

Now, here are some projections for the Orchid token a few years out.

After a good year, the experts are mostly bullish on the Orchid token.

As it is with all cryptocurrencies, it's hard to predict where coins may rise and fall with the volatile winds known to sweep the market. The best we can do is look at the makeup of the coin, its purpose, the network it's attached to, and the problems it aims to eliminate.

OXT and the Orchid network checks all those boxes and has the potential to hit these projections.