When it comes to tech stocks, not all are created equal. Some tech stocks will benefit more from developing tech - like the metaverse - than others. 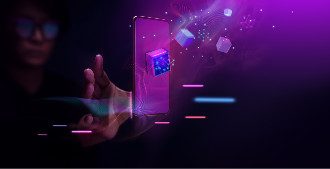 While these aren't pure plays on the metaverse, they are some of the best tech stocks to buy in 2022 that will benefit from its development though. As it stands, the metaverse will be one of the biggest innovations in digital technology since the Internet - one that could be worth between $390 billion and $800 billion by the mid-2020s.

Money Morning Chief Investment Strategist Shah Gilani knows that the companies that specialize in cloud and data center technology stand to benefit the most. And one particular company specializes in both, while also being well-positioned in the booming video game industry.

So today, we're going to look at the three best tech stocks to buy in 2022 that are well-positioned for growth.

One overlooked tech stock that's worth considering in 2022 is Electronic Arts Inc. (NASDAQ: EA). Especially when you consider that the global gaming market is expected to be worth $314 billion by 2026 - growing by 9.64% each year. And as one of the top video game publishers around, EA dominates the sports gaming market with franchises like FIFA, Madden, NHL, and Formula One.

But EA isn't only tied to sports games.

The publisher also has successful franchises like The Sims, Battlefield, and Apex Legends that open up exposure to the growing PC gaming market as well.

Supply chain issues hit the game publisher though, causing its performance to drop in 2021. Even the release of next generation consoles (the Xbox Series X and PlayStation 5) in late 2020 couldn't help it due to the severe shortage of consoles - and in turn, this caused a bit of a slowdown in sales for EA's new, next-gen games.

As a result, shares trade at just 17 times forward earnings, which is to say that the company is cheap compared to its profit potential. Right now, EA stock is trading at $132.59 per share - a little more than 10% off of its previous highs. And, historically speaking, EA has risen by 31% over a 52-week period after the start of the year.

So, with EA, you're investing in a stock that is bound to climb higher by at least 30%. And analysts over at CNN have a price target of $200 for EA stock for a 50% gain. It might not make you a millionaire, but it's an almost sure way to add some extra cash to your account.

Meta Platforms Inc. (Nasdaq: FB) might've pushed the metaverse into the news headlines, but Unity Software Inc. (NYSE: U) stands to be the ultimate beneficiary if virtual worlds become mainstream. And already the software company dominates the industry.

Unity was, and still is, mostly used for video games. Its software platform is used to develop nearly half of all PC and console games. And about 70% of the top mobile games were developed using Unity - a market that brought in more than $76 billion by the end of 2020.

But Unity is much more than just a development tool for video games. It's also been used to develop virtual concerts, sporting events, and live conferences. And for any metaverse to exist, the world needs to be built.

This is where Unity shines, using its software to build detailed digital environments for it. And Unity is all in when it comes to the metaverse.

CEO John Riccitiello intends to "support and shape the metaverse" and will "emphasize content creation, cross-platform access, and narrowing the distance and reducing the friction between creators and consumers."

Riccitiello also aims to claim a significant market share in the metaverse, which could be a market worth more than $10 trillion over the next 10 years or so.

Unity is down about 40% from its previous highs in November, but that just means you're getting into U stock for that much cheaper.

As the metaverse moves into the mainstream and more companies invest in the technology, Unity will be at the center - pushing the stock even higher in 2022 and beyond.

When it comes down to the best tech stocks, few are better nowadays than Microsoft Corp. (NASDAQ: MSFT).

In fact, Shah Gilani sees Microsoft as a must-own tech stock right now. According to him, he'd buy Microsoft and hold it until "the metaverse takes over the real world."

Of course, this wasn't always the case. When Steve Ballmer was at the helm from 2000 to 2014, it wasn't such smooth sailing - MSFT stock performed poorly under him.

That's in the past now, and Satya Nadella is at the wheel, steering the company in the right direction. Since Nadella stepped in, there's been a focus on cloud computing and a shift away from selling software licenses to SaaS - and it's working.

The new CEO has been a visionary that's accelerated the company's growth. It took Ballmer 10 years to double Microsoft's profitability; it's only taken Nadella six years.

Between Windows and Office monopolizing each respective market segment and Azure as the second-largest cloud computing provider next to Amazon Web Services, MSFT stock is a solid bet for 2022. Not to mention Microsoft's heavy involvement in the gaming industry, as well as the metaverse.

If there's one stock to consider out of these three, Microsoft takes the cake.

You've probably seen our Chief Investment Strategist, Shah Gilani, on TV. You can catch him every week on FOX Business's "Varney & Co.," and he's also a frequent guest on CNBC.