A Klarna IPO could be underway in 2022. But the question is, will Klarna stock be a buy once the company goes public?

With payment apps like Square Inc. and PayPal Holdings Inc. (NYSE: PYPL) promising massive returns in a few years, investors may be attracted to just any fintech company arriving on the scene. 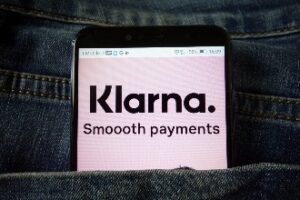 As always, you have to be careful. The more concentrated this market gets, the more chance you have of buying an IPO loser.

Klarna has many winning qualities, however. Despite originating in Sweden, it’s made something of a splash in the United States and could compete with the bigwigs that have already gained a foothold – Afterpay and Affirm, for example.

Only time will tell, of course.

Here’s what you need to know about Klarna stock, and whether it’s a stock to buy come IPO.

Klarna is of the “buy now, pay later” (BNPL) strand of fintech stocks. Like Afterpay and Affirm, it’s a payment solution that customers can use to get credit on purchases.

Its target market, for now, is the e-commerce industry.

The company started in Sweden in 2005. They also have a headquarters in Berlin.

This company has grown quickly in Europe. And now that it’s digging its heels into the U.S., it could grow further.

Klarna will have its work cut out though. Here’s the limited financial picture we have so far...

We won’t get a full picture of Klarna’s balance sheet before the IPO. But we do know that Klarna is running at a loss.

This is to be expected from a startup company in a budding industry. New tech markets are usually pay-to-play; companies need to invest heavily in marketing and product development to stay on top.

If a company doesn’t have the money to spend, it goes into further debt – as is the case with Klarna. Klarna’s credit losses nearly doubled in its last report.

It could all pay off if it leads to further market penetration in other parts of the globe.

The good news is that revenue is on the climb. At last valuation, net operating income was reported at $1.8 billion, up 40% from the year before. The company was also valued at a cool $46 billion.

We’re yet to see if this growing company has what it takes to beat American Big Tech. It’s a tall order.

Here’s what that means for buying Klarna stock.

Should You Buy Klarna Stock?

Enough big companies are jumping on the digital payments bandwagon right now that it could be hard to make a buy case for this stock.

Still, Klarna has been spreading into the U.S. and Britain aggressively. Surprisingly, it controlled roughly 18% of the U.S. BNPL market as of Nov. 17, 2021. It’ right behind Affirm, which has a 36% market share.

That said, the difference will increase as the BNPL market blooms over the years. We will start to see winners and losers accentuated more strongly.

Klarna has its work cut out penetrating the U.S. But it’s meanwhile making moves outside of the U.S. that might carry sway…

Klarna execs have been meeting with British leaders lately as many speculate BNPL firms could be hit by stricter regulations there. The fact that this company has the ear of governments is something to note.

But, for now, that’s only another detail if you look at the United States. In the American BNPL industry, the winner could be any of four or five tech monsters.

For that reason alone, unless they really start to build momentum in the states, it’s best to avoid buying Klarna shares.

But you DON’T need to be a millionaire to get in on the action.

In fact, one of Silicon Valley’s biggest insiders just shared 23 stocks he expects to jump 1,000% in just 12 months – and right now, they only cost pennies on the dollar.