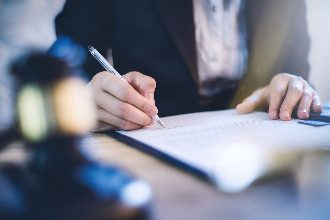 We're not even two full weeks into the year, and already there have been a number of impressive initial public offerings (IPOs). And there's another one this week: TPG stock is set to go public soon.

The private equity firm will trade under the ticker TPG, and it aims to raise a whopping $1 billion during the IPO. TPG is offering 5.59 million shares between $28 and $31 per share. If TPG
manages to hit that mark, the firm could see a $9.5 billion valuation.

And TPG has gained a lot of attention from investors recently. The company is seen as a great way to gain exposure to alternative assets that are traditionally more difficult to invest in, such as private businesses and real estate.

But is TPG stock worth investing in during its IPO? That's what we're here to tell you...

Founded in 1992 by David Bondsman and Jim Coulter, the Fort Worth, Texas-based investment firm was once known as Texas Pacific Group. Since its start, the firm focuses on buyouts and investment that have growth potential, which range from retail and media to healthcare.

Right now, the firm is structured as a limited liability company (LLC). This allows for TPG to operate more like a partnership that manages funds like pensions. But when it goes public, TPG will change to a more traditional corporate structure.

When firms like Blackstone Group went public in the 90s, they maintained partnership structures until three or four years ago. But when they converted to a C-Corp from an LLC, more investors were able to invest in the stocks - and, in turn, drove share prices higher.

For 2021, Blackstone Group stock rose by 91%. It's no stretch to say that TPG stock could benefit in a similar way from the switch to a C-Corp.

But that doesn't answer one important question about TPG...

When it comes to profitability, TPG is in the green.

And for the first nine months of 2021, TPG raked in $3.82 billion of net income - that includes $3.2 billion of allocation-based income on revenue of $3.9 billion. The firm had $413 million in free cash flow, which means that TPG has money to spend.

Not only is the company profitable, but TPG has focused on expansion and diversifying over the past few years. This has led the company to a more sustainable business model.

Back in 2008, TPG hit a wall. That was around the time that Lehman Brothers collapsed - costing TPG about $1.4 billion.

Since then, the firm has moved away from big buyouts and into various alternative investments. This change has moved the needle for the firm - and could move TPG stock in a positive direction. The assets under management increased to $109 billion since the beginning of 2016 - an 81% move higher.

All this seems to work in TPG's favor.

Should You Buy TPG Stock?

While TPG is moving in the right direction, you might want to let the dust settle after the IPO.

One of the biggest risks for the firm right now is the Fed raising interest rates. This could affect the potential returns of TPG stock and harm its overall valuation.

So, the question moving forward is whether or not the market will continue moving up as the Fed deals with inflation. Though inflation isn't usually permanent and the Fed is limited in how much it can raise interest rates, it's still something to consider before investing in TPG stock.

The markets seem to be moving in a more positive direction after dropping lower for four consecutive days. So, for those who don't mind uneven returns - which are typical of publicly traded private equity firms - then TPG stock is one to watch.