When crypto first came on the scene, it was an incredibly undervalued technology. 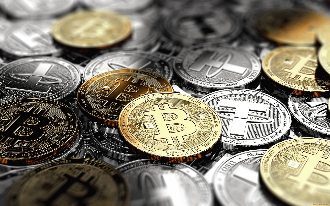 Now that people are starting to understand the utility of different coins, new cryptocurrencies offering new capabilities will emerge, like PlayDapp.

The PlayDapp price prediction today will ride a wave of future adoption - both of crypto and video games.

Let's take a look at the token and why it could pop more than 700% in five years.

PlayDapp is a blockchain gaming ecosystem with a mission to create a world where digital assets are more valuable and accessible to everyone.

Built on Ethereum, PlayDapp has several games and options to play without using crypto. It aims to be inclusive to all kinds of gamers by allowing more users to play games on its platforms and eventually become crypto game users.

Crypto is the underlying technology fueling the rise of a new kind of gaming with the potential to disrupt the industry. The play-to-earn model supported by blockchain gaming has been adopted globally, and it continues to grow tremendously.

While the industry grows, PlayDapp hopes to bring opportunity to anyone who has access to its platform.

On PlayDapp, users will be able to take true ownership of their in-game assets for the first time and be rewarded for participating in the ecosystem.

The platform provides a customer to customer (C2C) marketplace where gamers can buy and sell special items or characters earned through playing the games using PLA tokens.

These items are essentially NFTs, and the currency used to purchase and sell them is interchangeable across all gaming platforms.

The value of these items and characters fluctuates based on need, performance, and whether they've been leveled up or strengthened.

Why Blockchain Gaming Is the Future

The platform's first game, Along with the Gods: Knights of the Dawn, launched in 2020 as a blockchain-based role-playing game (RPG).

Within its world, players can collect and raise characters with different characteristics, receiving rewards in the form of PLA tokens and NFTs that collect real-world value.

RPGs in general have seen a massive increase in popularity.

Players are attracted to its many challenges, the possibility of forming a team of many players with different skillsets, and the option for players to easily trade their items.

The more events a user participates in, the more rewards they earn, and the more valuable they become. This simple system keeps people spending more time on the platform and keeps its tokens in rotation.

It creates an economy within the game that maintains real-world value.

To make its platform more inclusive, PayDapp has a Software Development Kit (SDK) that is meant to target commercialization. It makes it so any existing game can be easily converted to dApp without blockchain knowledge.

This reduces the developer burden for blockchain infrastructure and leaves the door of possibility open to any games that want to join the platform.

Now, here are a few PlayDapp price predictions for the next few years...

While the idea of PlayDapp is potentially revolutionary, it's worth noting there is not a ton of information about those in charge. In fact, there's hardly any.

That could be a potential red flag; however, the platform continues to grow and is up 744% this year alone.

Digitalcoin is very bearish on the coin, predicting it to only reach $2.35 by 2025 and topping out at $4.91 by 2029. That's still a potential 343% gain from where the coin is today, but it's significantly less than other analysis sites.