Rivian stock burst onto the scene as the biggest IPO of 2021 and the biggest since 2014. Despite only producing about 15 vehicles a week, the EV manufacturer became a household name and was valued more than GM and Ford. 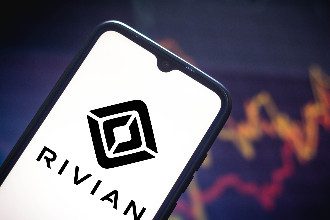 If you've followed our coverage of Rivian stock, its recent dip should come as no surprise.

As most IPOs do, we anticipated the stock would dip and warned our readers how it might not be a stock to buy right away.

Money Morning Chief Investment Strategist Shah Gilani told our readers, "you don't have to jump into the stock right away - this is a long story."

While the stock may be going through a post-IPO dip, there are a few more factors at play that could drive the stock even lower...

Rivian Automotive's chief operating officer stepped down this week, adding to what has already been a down few months for the company.

Rod Copes held the position since March 2020 and recently left in what the company stated to be a "phased retirement" that began months ago.

The company made it known that his responsibilities would be distributed across the leadership team to ensure continuity as production ramped up; however, production has been behind since it went public.

In December, Rivian came out and said it would fall "a few hundred vehicles short" of its goal to manufacture 1,200 vehicles in 2021.

Copes leaving the company didn't help its current situation, but it's not the main driving factor in its stock's recent dip.

When Amazon and Rivian struck a deal, it made investors extremely bullish on the EV company.

Anticipation for the stock's IPO blew the roof off, and hype surrounding the company was at an all-time high.

The contract called for Rivian to make 100,000 vehicles for Amazon by 2030 for last-mile delivery services. While Amazon has not backed out of the deal, it's trying to keep up with its own goals.

To help the e-commerce mega giant reach those goals, it struck a deal with Stellantis, formerly Fiat Chrysler. The deal makes Amazon the first commercial customer for its Ram ProMaster EV, slated for 2023.

When news of the deal went public, investors in Rivian were quick to pull their funds. The stock dropped 11%, while Stellantis shares moved up 0.3%.

The partnership with Stellantis is nothing new for Amazon. In fact, the company has provided Amazon with tens of thousands of vehicles in North America and Europe since 2018. It's even stated it developed the Ram ProMaster with input from the e-commerce giant.

While this news put a damper on Rivian's stock, Amazon has no intentions of pulling out of its deal with the EV start up.

An Amazon spokesperson told CNBC, "We continue to be excited about our relationship with Rivian, and this doesn't change anything about our investment, collaboration, or order size and timing."

Amazon always expected to have multiple EV van suppliers to fulfill its last-mile delivery needs. It knew its lofty goal would require reaching out to more than one company, so nothing has changed on its end.

This looks like a classic overreaction in the market. Investors saw the news that Amazon made a deal with an EV company other than Rivian, and the stock was already in post-IPO recovery.

It fell behind its production goal last year, but it's still manufacturing vehicles and more, so its relationship with Amazon is very much intact.

From the looks of it, investors are pulling out of the stock for the wrong reasons.

Remember Shah's advice: This is the beginning of a long story. The company just went public less than three months ago.

Investors in the stock should get used to the kind of volatility they're experiencing now. The kind of aggressive growth, and a market cap of nearly $75 billion with virtually no revenue, it's a giant start-up, and it's still in that start-up phase.

Even given the current circumstances, analysts are still bullish on Rivian. Morgan Stanley analyst Adam Jonas has the company as his No. 2 top auto stock to own for 2022, citing Amazon as a main reason for his bullishness.

As long as its relationship with Amazon remains, the company has a crutch to rely on as it gets its vehicles on the streets.

While it's down 29% this month, it looks like an undervalued stock for the wrong reasons.